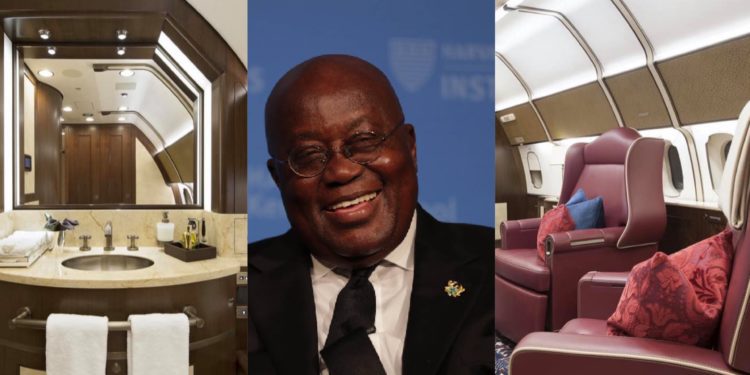 123
SHARES
683
VIEWS
Share on FacebookShare on TwitterShare on WhatsApp

President of Ghana Nana Addo Danquah Akufo Addo seem to have said Ghanaians “Can Go to Hell” with his action of renting luxury jet against public outcry.

A few weeks back, North Tongu Member of Parliament Samuel Okudzeto Ablakwa revealed how the President has clandestinely abandoned the Ghanaian Presidential Jet to be traveling around with a luxury jet which cost 17,000 euros an hour private jet.

Mr Ablakwa took to his social media platform to state that President Akufo Addo in fulfilling his childhood dream of living the lifestyle of a lavish President is renting a private jet from luxurious private jet renting firm on Luxembourg.

It has become absolutely imperative to demand a national policy on presidential travels akin to what pertains in other jurisdictions.

This is most crucial to avoid the wanton abuse of discretion by President Akufo-Addo at the expense of the suffering taxpayer.

In many other jurisdictions, presidential travels are regulated by strict policies which mandates presidents to use presidential aircrafts for official purposes. Indeed, in other countries such as the USA, presidents are obliged to reimburse the state if presidential aircrafts are used for private business — that private business includes political campaigns and political fundraising events. Clearly, richer countries whose benevolence we are depending on to come to our aid with COVID-19 vaccines as our president pleaded with the Germans a few days ago are undoubtedly doing much better than us in ensuring that taxpayer funds are not dissipated in catering for the lavish lifestyles of insensitive leaders.

From our continuous monitoring, President Akufo-Addo still prefers to use VIP charter jets for his European travels despite being in firm possession of Ghana’s presidential jet – the Dassault Falcon 900-EXE which remains in pristine condition and can fly non-stop to all those European destinations.

Since Ghana received the President Kufuor ordered Falcon in 2010, both President Mills and President Mahama have used the long range aircraft for all presidential travels. The records show that there were only two instances where the Communications Squadron of the Ghana Air Force requested that alternative arrangements be made for President Mahama because the presidential jet had been flown to France for routine servicing. It is essential to point out that those two alternative arrangements were unmistakably modest and nothing compared to the obscene ostentation of the current president’s taste.

Our latest oversight reveals that following the public outrage in the aftermath of President Akufo-Addo’s profligate expedition in May this year by opting for the world’s most expensive and most extravagant private charter aircraft – the Airbus ACJ320neo which does not cost its clientele below £15,000 per hour to lease, he has since stayed away from that particular aircraft, and for very obvious reasons. This development may represent a rather small victory for the Ghanaian people, one may choose to argue.

That notwithstanding, I am sorry to disappoint you. President Nana Addo Dankwa Akufo-Addo is unable to wean himself off his insatiable appetite for ultra luxury charter jets at the expense of the struggling Ghanaian taxpayer. He remains totally impervious to the backlash and the outcry from Ghanaians demanding that he lives up to his own pledge to protect the public purse by utilizing the presidential jet which is a far cheaper and safer option.

For his recent travels to the UK on the 27th of July, 2021 to attend the Global Education Summit and last week’s state visit to Germany, he blatantly refused to travel on the presidential jet. Instead, he opted for another top of the range VIP luxury charter jet specifically known to industry players as the Boeing 737-900ER BBJ3.

The Luxembourg-based aircraft is registered LX-DIO and operated by Global Jet Luxembourg. Its Manufacturer Serial Number (MSN) is 62515 with Line Number 5659.

The 19-seater luxury jet which has a HEX code 4D0213 is configured VIP, has 2x CFMI engines and was delivered to the current operators in November 2015.

Very few luxury jets boast of its features. Its manufacturers say the cabin is divided into multiple sections to guarantee exceptional comfort. It provides a VIP lounge for relaxation, Five-Star dining facilities, Royal Master bedroom, Cinema Room specially delineated for watching movies which is a separate accessory from other in-flight entertainment systems, and of course just as you predicted correctly, complete with a luxury shower (apparently, the sky bath continues unabated – all royalties paid to Defence Minister, Nitiwul).

If our government is dealing directly with the operators of the LX-DIO then it is costing the Ghanaian taxpayer at least US$14,000 per hour. However, if our government is leasing the aircraft via brokers or middlemen as it has gained notoriety for in many sectors, you shouldn’t be surprised the Ghanaian taxpayer is being billed between US$18,000 and US$22,000 per hour.

Using the conservative rate of US$14,000 per hour, the two trips to the UK and Germany which requires some 28 hours of travel distance in and out plus an additional 13 hours of pick up and drop off time, the taxpayer has been burdened again to the colossal tune of US$574,000.00. At the current exchange rate, that is a staggering 3.46million Ghana Cedis.

This unconscionable rape of the public purse just to satisfy the creature comforts of a President who elects to live in vulgar ostentation in a manner that will make even Arabian kings envious cannot be allowed to continue. It is the reason I take the view that the time has come for this country to urgently formulate a policy on presidential travels.

We either have a presidential jet or we don’t. More so, the President’s reckless decision not to use the presidential jet which cost the Ghanaian taxpayer some US$37million in purchase price under President Kufuor and which we continue to maintain at great cost to the Ghanaian taxpayer while His Excellency “Nana Showboy” globetrots in ultra luxury VIP charter aircrafts at sky-high rates can no longer be left to the discretion of an immoderate President and the few politicians around him.

It is really shocking, I must say that the Ghanaian people can be treated with such presidential contempt when the dust is yet to settle on the Airbus ACJ320neo-sky-bath-scandal now infamous for the Ministerial acrobatics in Parliament just to cover up for the President and yet a leader who styles himself as the foremost protector of the public purse affronts Ghanaians with such shameless intransigence.

Well, for his information, the battle for accountability on the earlier trip has not ended; they were saved by the bell only momentarily due to the Parliamentary recess. President Akufo-Addo can be assured that this latest misconduct will also be subjected to surgical scrutiny by the NDC Caucus in Parliament when the august House resumes.

The Akufo-Addo/Bawumia administration must govern with a conscience and with true sincerity. How can you ask protesting #FixTheCountry youth, covid frontline healthcare workers, organised labour including agitating members of UTAG, GNAT, NAGRAT, Senior Staff Association-University of Ghana (SSA-UoG), Federation of Universities Senior Staff Association, GMA and a host of others to burden share and accept a paltry 4% wage increase to be paid by installment and still proceed to engage in such cruel wasteful extravagance?

If the President has no use for Ghana’s presidential jet, he may as well sell it so we can at the very least raise some funds to buy vaccines.

A National Presidential Travel Policy is a MUST and we need it NOW!

All attempt to have the finance Minister Ken Ofori Atta who is the President cousin come to parliament to tell Ghanaians how much exactly has the President spent on his luxury jet has proved futile.

The defense minister Dominic Nitiwul at the time defended the move of Akufo Addo to travel on a rented luxury jet saying the Ghanaian Presidential Jet have no bathroom for the President to ban when he’s airborne hence the decision to rent a new one which comes with the taste of President Akufo Addo.

As though this level of disrespect to the Ghanaian taxpayer is not enough, Loud Silence Media Intel can confirm that even after all the backlash and public outcry about how Akufo Addo is wasting money has not been heeded to as his recent tip to America to attend the General Assembly Meeting of the UN was by the Same Luxembourg Jet with registered number Boeing 737-900ER BBJ3.

The Luxembourg-based aircraft is registered LX-DIO and operated by Global Jet Luxembourg. Its Manufacturer Serial Number (MSN) is 62515 with Line Number 5659.

Interestingly, at all times people who are interested in renting the jet could simply track it to know its whereabouts but ever since it became knowledge in Ghana that it’s the jet Akufo Addo loves to travel around with, Anytime President Akufo Addo rent this jet and travels with it, they have instructed the company to turn off the tracker of the jet so Ghanaians who are interested in knowing the truth wouldn’t know that it’s the jet Akufo Addo is indeed renting.

Akufo Addo and his entourage touched down in The United States of America to attended the 76th Annual UN General Assembly Meeting on Saturday 18th September 2021 at exactly 1:30pm American time.

Our sources says Akufo Addo came in with the Boeing 737-900ER BBJ3. Same jet he went to The UK and France with.

Funny enough when our team tried tracking to know the exact location of the Boeing 737-900ER BBJ3 owned by Luxembourg-based aircraft Global Jet Luxembourg company with registered number LX-DIO and operated and with Manufacturer Serial Number (MSN) is 62515 with Line Number 5659 the tracker has been turned off. 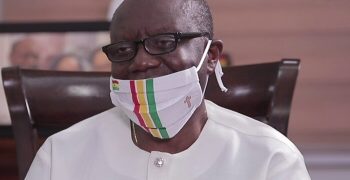 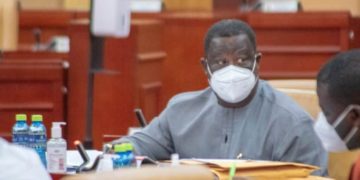 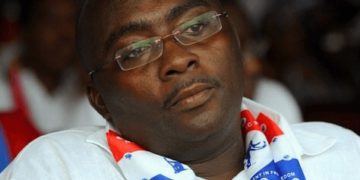 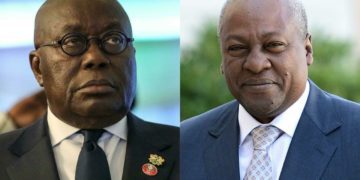 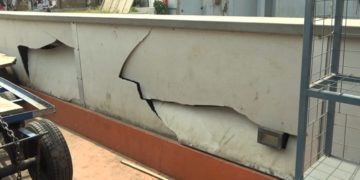