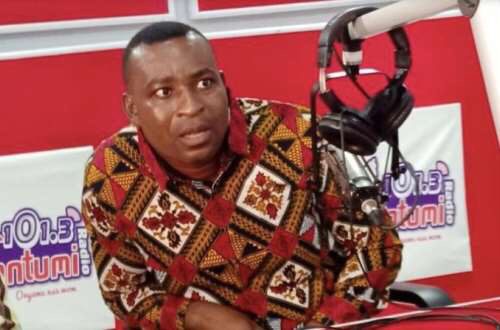 187
SHARES
1k
VIEWS
Share on FacebookShare on TwitterShare on WhatsApp

Mr. Bernard Antwi Boasiako, popularly referred to as Chairman Wontumi, the Ashanti Regional Chairman of the New Patriotic Party, has charged members of the party to exhibit civility and decorum in the NPP’s leadership contests.

According to him, it was important to sell what good and the positive impact a candidate had for delegates rather than resorting to attacking fellow contestants.

This is an internal contest and I believe we all mean well for the party, so let us desist from attacking our opponents in the interest of party unity,” Wontumi told attendees at the Ashanti Regional Annual Delegates’ Conference at Akyawkrom in the Ejisu Municipality.

Speaker after speaker at the event of Wednesday, October 27, 2021, stressed the need for the NPP to remain united if there were to stand any chance of winning the 2024 elections and ‘Break the Eight’ – as in retaining power beyond the two-term cycle when power changes hands under the Fourth Republic.

Contestants are lacing their boots for elections to national and regional executive positions with the flagbearership race as to who succeeds President Nana Addo Dankwa Akufo-Addo as the NPP’s candidate in 2024 being the most-watched political event.

On his part, Simon Osei-Mensah, Ashanti Regional Minister, also stated the urgency of uniting the Party from the grass root to the national level.

He cautioned against all factionalism and unhealthy rivalry that had the potential of scuttling the race to win the 2024 vote.

“Let us make sure resources are equitably distributed especially to the grass root, which is the base of the Party to be energised for the task ahead,” the Regional Minister suggested.

In attendance was the National Secretary, John Boadu, who also tasked members to stay away from campaigning for candidates stressing that such activities could distract from the work these potential candidates are doing in government.

Most of those expressing support for candidates in interviews with Joy News said they were doing so out of their personal volition and not necessarily because they had been tasked by particular candidates.

The NPP will hold its national conference in 2023 to elect officers ahead of the 2024 General Elections.