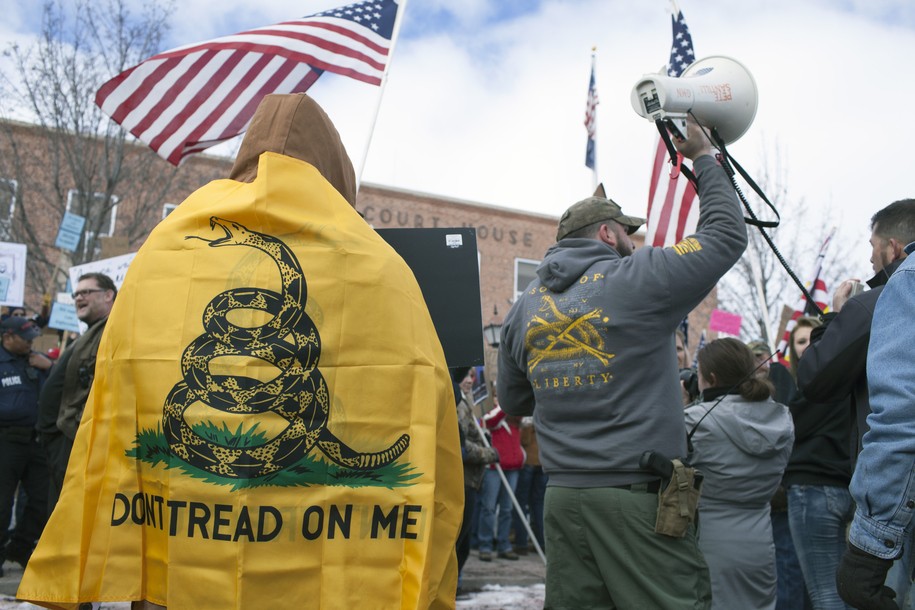 The unnamed rancher made the remark to University of Oregon geographer Peter Walker, who was present during much of the standoff as an observer and went on to pen a book about the episode titled Sagebrush Collaboration: How Harney County Defeated the Takeover of the Malheur Wildlife Refuge. It focuses on how and why Bundy’s would-be land revolt fell utterly flat among the longtime residents of the county.

The primary reason for this, Walker explains, is that Harney citizens had very little appetite for fighting with the federal government, since for decades they had invested the efforts in more effective approaches built around collaboration between locals and the federal agencies that control so many of the lands in their communities. Walker believes Harney County could be an inspiration for other regions—and not just in fights over land use.

“Ammon Bundy claimed that the county’s resource problems could be solved only by armed rebellion against the federal government,” Walker says. “But at the time of the takeover, many residents specifically rejected that model in favor of collaboration to tackle land and resource management.”

Well before the standoff, community leaders in Burns and around the region had worked hard to build strong relationships with the overseers of the federal lands around them. A lot of those working relationships had also become personal friendships.

This was actually a lesson the standoff-loving far right should have learned the previous summer, when a group of Bundy-like Oath Keepers had attempted to take over a mine in Lincoln, Montana, but fell flat on their faces. The main reason: The entire valley around Lincoln was at the time besieged by forest fires, and the community’s only line of defense against them was the army of workers there from the U.S. Forest Service—the same agency the “Patriots” were attempting to attack.

The Bundy forces in Harney County made themselves unpopular almost from the start, making a threatening display of intimidation at a public town hall gathering that ended with the crowd chanting at them, “Go home!” The ordinary residents of Burns may have resembled the pickup-driving, gun-toting militiamen who had descended on their community, but they really were nothing like them.

That division never went away. Even after Bundy and several other standoff leaders were arrested—and a wannabe martyr named Lavoy Finicum was shot and killed during the roadside bust—protesters from the “Patriot” movement showed up in Burns to demonstrate against the arrests and the death, but were met by a much larger contingent of counterprotesters, nearly all of them local Harney County residents.

Those same community members were long invested in collaboration, Walker says, “because they feel it gives them influence on public land and resource issues, including forest health initiatives, protections for Steens Mountain, and management of the Malheur National Wildlife Refuge, the same land the Bundys occupied for 41 days.”

“[Refuge manager Chad] Karges believed that working together in the same room for years and learning to understand each other despite differences, these relationships became more than simply the ability to transact business—they became true friendships,” says Walker.

In many regards, the same lesson now applies—broadly, not just nationally but globally—to the novel coronavirus pandemic, which has no concern with “constitutional principles” and conspiratorial theories about the sheriff being the supreme law of the land, and mercilessly devours disinformation of any and every variety, but particularly far-right fantasies about government “tyranny.”

The only behavior that affects this virus entails a community willing to set aside its many individual interests, particularly the moneymaking kind, in order to achieve a healthy society in which the virus cannot take root. That will only be possible through the same kind of collaboration that saved Harney County.

A dog-eat-dog, every-man-for-himself ethos—the kind that pretends that the only people who will be affected by the choice not to self-isolate and practice social distancing are the individuals themselves, and not every other human being with whom they come in contact—is a guaranteed recipe for mass death.

Perhaps more importantly, despite the bellicose and intimidating rhetoric that is standard procedure for the “Patriot” movement and which makes their presence seem larger than it is, the ordinary taxpaying citizens of Harney County discovered that they easily outnumber them.

This is also a lesson that those of us who have covered far-right street protests have learned over the past three years, attending “Patriot Prayer” and Proud Boys protests in places like Berkeley, Seattle, and Portland: The far right is heavily outnumbered by ordinary people. Their presence is only worth paying attention to because of their threats and their actual violence.

Unfortunately, the mainstream media—with Fox News’ coverage, which almost perfectly replicates the network’s handling of the tea party movement back in 2009-10—does not seem to have figured this out. The anti-lockdown protests have generally featured very small crowds (with a few notable exceptions, including the Olympia event), and yet coverage of them so far has created the impression that the numbers of protesters are massive.

They aren’t. And counterprotesters are not appearing at these events because they generally are willing participants in the collaborative effort to reduce the spread of the virus. So the picture emerging in the media of the anti-lockdown crowd is one that, once again, portrays them as sincere citizens out defending their liberties rather than the fevered ideologues that they actually are. As Charles Pierce adroitly observes:

These protests are tiny. Five states is not “coast to coast,” even if small groups of bored loons flocked together in Florida and Washington state. Every scrap of polling data indicates that massive majorities support continuing the measures that seem to be working to flatten out the pandemic. To inflate these small gatherings of angry shut-ins as a national movement is profound journalistic malpractice.

Some distant day from now, perhaps, the media that are bending over to enable this insanity will be forced to recognize the cold reality that the public massively supports the COVID-19 lockdown, and the protesters are actually a tiny handful of bellicose nutcases who have no regard for democracy or a civil society. Someday.

Ai Weiwei: The virus has only strengthened China’s ‘police state’

Ai Weiwei: The virus has only strengthened China's 'police state'