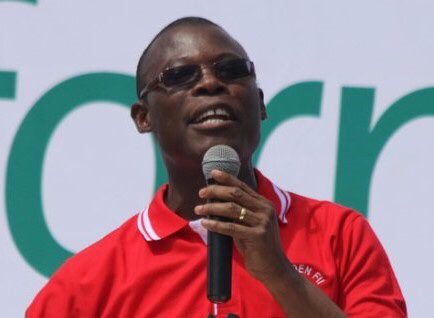 108
SHARES
600
VIEWS
Share on FacebookShare on TwitterShare on WhatsApp

A former Member of Parliament for the Ketu South constituency, Fifi Fiavi Kwetey has endorsed former President John Dramani Mahama’s ‘do or die’ comment and described same as nothing extraordinary.

According to the former Minister of state, the comment by NDC’s 2020 flagbearer was a clear demonstration of the party’s resolve to stop all forms of electoral fraud in the 2024 elections.

This he said would not be achieved through violence but vigilance on the part of party agents across the polling stations and the strongroom of the Electoral Commission.

In a statement by former and MP and copied to Starr News, the vociferous politician referenced the vigilance of the NDC in the Electoral Commission’s strongroom during the 2008 general elections as what prevented the NPP from stealing the elections.

What happened in the strongroom of the EC in 2008 which compelled Afari Djan to rush in to stop the NPP’s desperate attempt to steal the 2008 elections was the spirit of Do or Die. Taking that spirit from the strongroom to each polling station to enable the triumph of truth and democracy is not asking for anything extraordinary. We have done it before and we would do it again,” Fifi Kwetey wrote.

The former President, who is currently on a thank you tour in the Ashanti and Bono regions, served notice on Tuesday that the National Democratic Congress (NDC) will not take chances with the 2024 elections insisting polling stations will be a “do or die.”

According to Mr. Mahama, the Electoral Commission deliberately took measures to ensure that President Akufo-Addo and the NPP won the 2020 elections.