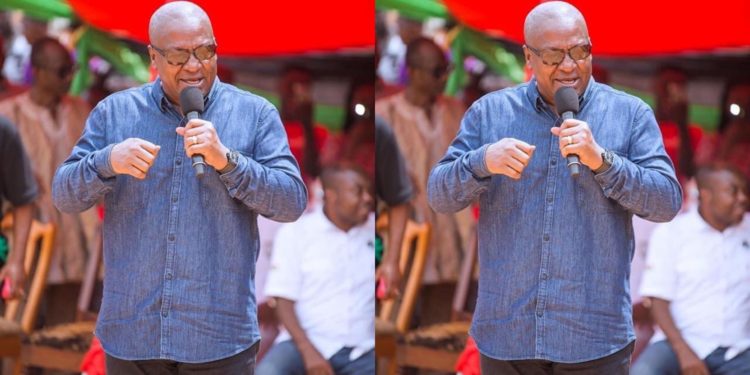 33
SHARES
184
VIEWS
Share on FacebookShare on TwitterShare on WhatsApp

Former President John Mahama is fighting off claims that his recent comments may be a prediction of violence in the next general elections.

Mr Mahama says his utterance regarding a ‘do or die’ affair at polling stations in 2024 has been misconstrued by the governing New Patriotic Party (NPP).

During his ‘Thank You’ tour, John Mahama reiterated this suspicion on Tuesday, September 7, that; “we were clearly robbed, but we accepted the verdict for the sake of peace.”

The National Democratic Congress (NDC) petitioned the Supreme Court over the outcome of the 2020 elections, which saw President Akufo-Addo emerge the victor.

But the court ruled in favour of the NPP, dismissing the allegations of fraud by the petitioners.

But Mr Mahama’s comment has been rejected by members of the NPP, with many of them saying it is in bad taste and undemocratic.

However, the 2020 NDC Presidential candidate has refused to retract the statement.

He explained the call was to demonstrate to NDC executives the need to be vigilant at the polling stations to ensure that the election is not rigged.

Speaking on Sunyani-based Moonlite FM, John Mahama insisted that the phrase was an idiomatic expression that means “a critical assignment that you have, and you must do the needful or perish.”

“What I’m saying is, NDC must not wait to go to the Supreme Court. We have to be vigilant at the polling station and collation centres. And so I don’t retract. The next election for NDC is going to be a do or die affair,” he added.