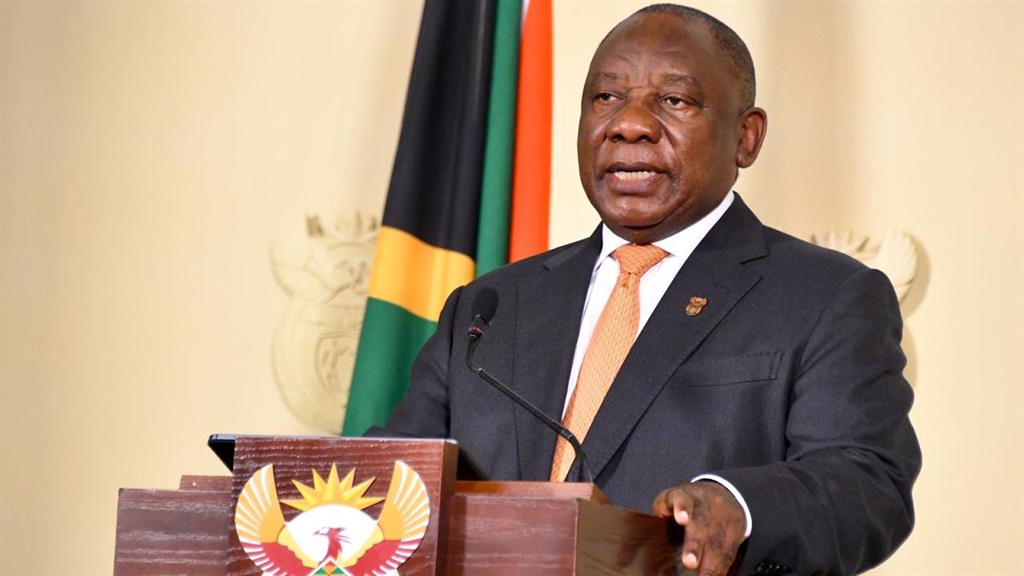 The plan for the smart lockdown, the phased lifting of restrictions and the creation of breathing room for people and business announced by President Cyril Ramaphosa requires levels of sophistication that the state has yet to display, writes Pieter du Toit.

President Cyril Ramaphosa’s sixth address during the coronavirus pandemic showed South Africans how the first tentative steps out of the lockdown will look like – but also clearly illuminated the large pitfalls in the way before any semblance of normality will return.

The president and his speechwriters have taken enormous care in the drafting of his remarks. All his addresses have contained hard truths combined with empathy and humaneness. It has largely been detailed without being too dense and has been in touch with the national mood.

Ramaphosa has also repeatedly acknowledged the sacrifices that South Africans have had to make and on Thursday, appealed to the public to be cautious, responsible and patient.

His speech consisted of three clear themes: he started out by emphasising how deadly the virus is and how it is spread, he explained the smart lockdown system and how it will work and he made an appeal to emotion and empathy, thanking South Africans and showing solidarity with them.

Ramaphosa – after inheriting a weakened state, an inefficient bureaucracy and squandered cash reserves – started a slow recapturing and rescue process in February 2018. These efforts have been well-documented, as has the glacially slow pace of institutional and governance reform. Those efforts have been undermined by the continued resistance in party and state, and stymied by the weak economic position the country finds itself in.

And it is in this context that the worst health crisis to hit this country has exploded into over the last eight weeks.

The announcement by the president about the phased lifting of the lockdown and the resumption of economic activity, guided by science and based on numerous factors, will be welcomed by everyone, including the business sector, epidemiologists, opposition parties and the public.

The plan entails the complicated categorising of different economic sectors based on its contribution to the GDP, the risk of contraction of Covid-19 in the workplace, consideration of how essential the activity is and so on. Another layer entails geographic location superimposed on infection risk levels.

READ | Exercising? Buying cigarettes? Going to the bar? Here’s what you can and can’t do during level 4

Ramaphosa announced – 24 hours after a document was leaked which detailed the different levels of risk as well as the criteria attached to it – that there will be five levels of risk, with five being the highest (full lockdown) and one being the lowest (where most activities resume).

Every province, city, district and town will have risk levels assigned to them based on their specific profile. That means economic and social activity will be allowed based on the authorities’ assessment of the associated health risk. And that means intensified screening, testing and monitoring – with enforcement by the police and members of the defence force.

This system – a smart, risk-based lockdown – will allow different levels of economic and social activity, depending on health risks. And that means movement and interaction between people and business will be regulated by the state and its implementing agents: ministers, government departments, officials, law enforcement and other bureaucrats at all three levels of the government.

The net effect is that the state, weakened over the last decade, with eroded systems of governance, often led by incapable and corrupted politicians, wholly unprepared for any crisis and with limited financial reserves to call upon, will implement and regulate this layered and complicated smart lockdown.

The plan that Ramaphosa announced has been canvassed widely and enjoys the support of all main actors – business, labour and the opposition.

It is clearly a sensible way to balance the needs of the economy – central to society – with the imperative to prevent a large-scale humanitarian disaster.

Ramaphosa and his closest and ablest ministers have allowed themselves to be led by science and evidence, and to be swayed by sober and considered representations.

Over the next few days, the plan will be further refined when business and different economic sectors – like mining and the alcohol industry – will engage with ministers to see what concessions they can extract from the government and how close they can get to normal activity.

The new regulations will then be finalised and gazetted early next week before the hard lockdown ends at midnight next Thursday.

The plan for the smart lockdown, the phased lifting of restrictions and the creation of breathing room for people and business, however, requires levels of sophistication that this state has yet to display.

Ramaphosa, in tone and intent, has shown how the state could and should approach an unfolding crisis. Many of those in the bureaucracy have not. And that’s where it could all come apart.

Prickles the sheep found after seven years of Tasmania self-isolation

Prickles the sheep found after seven years of Tasmania self-isolation