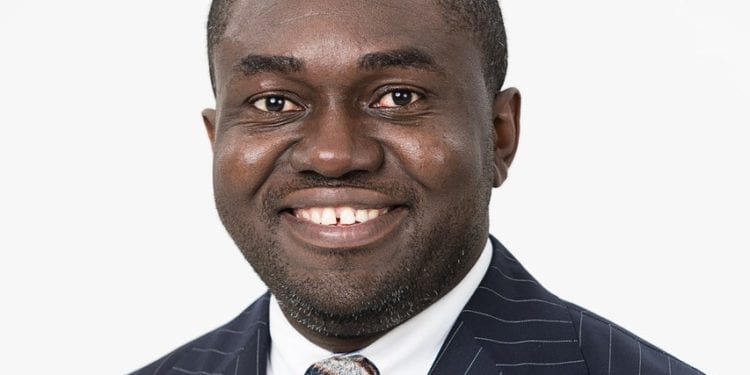 7
SHARES
39
VIEWS
Share on FacebookShare on TwitterShare on WhatsApp

One of the conveyor of “Fix The Country” Movement has said the whole concept of leadership by example is not replicated in Ghana especially in President Akufo Addo’s government.

Speaking in an exclusive interview with Kevin Taylor on Loud Silence Tv, Mr Vomawor gave reference to the total disregard of Covid-19 protocol at an event the President, Chief Justice and Vice President were all present at.

During the funeral of Kwadwo Owusu Afriyie aka Sir John who himself died from Covid but was kept in the morgue for a year before his burial, the Covid 19 protocols put in place by the Akufo Addo led government was thrown to the Dogs with impunity.

The whole place was crowded, people were seen without face mask amidst drumming and display of opulence and Government Presence.

Mr. Vomawor in reacting to a question the host Kevin Taylor asked about his view about those who are also on the other side of the divide asking Ghanaians to fix their attitude rebutted that, Fix The Country goes beyond Political tags. As such, it is not about government and opposition, it’s about Ghanaians enjoying better lives.

Mr Vomawor said “I have never seen a country in the world where all citizens at a point needed to become angels for reforms to happen. That is never going to happen, the big issue is leadership and people in office taking responsibility.

All goes down to leadership. Look, for instance if I go to my village and there is a decree about open defecation by my chief and I see same chief who issued that decree openly defecating, how would you expect me to adhere to the decree ?. It does not work that way, we are not in any tussle with anyone, all that we want is Ghana should work irrespective of who is power” he said

He went ahead to give a trajectory of what have been the issue between them(Fix The Country conveyors), the state and ultimately the Supreme Court ruling which quashed an earlier ruling by the high court.

Mr. Vormawor on the show revealed that the very law Ghana Police Service built their argument on in court was an old law with you meaning in our current legal system. He expressed shock about the conduct of the police service a supposed law enforcement agency.

Mr. Vormawor has however served notice that to the general public, this Fix The Country movement is not a day thing where they will demonstrate in Accra and go back to their homes. They are ready to make sure it goes to the street so the ordinary Ghanaians in all parts of the country can also speak on the issues raised so their plights could be addressed by government.

Answering questions on what is the way toward after the verdict by the Apex court, he added that, they are not resting but will be doing broader consultations with other individuals to see how best they can organize the biggest protest in the history of Ghana.

The next few days he said will be used to engage influential people like musicians, other celebrities to use their platforms to mobilize people, he said this should be a historic event, an event which must begin the era of reforms and transformation in Ghana.

Fix The Country all began when one young man on twitter called “Kaly Jay” started tweeting with the hashtag highlighting he flaws of Ghana and how things needs to change.

Other known celebrities like Efia Odo among others jumped onto the thread till it became a national conversation on social media.

For days and even weeks the hashtag has remained in Ghana’s top trends in Social Media even after many attempt by opposers to block it.

Of course this never happened without a government sponsored trolls, threats and backlashes directed at leaders of the movement of which Lawyer Oliver Vormawo is part.

They have remained resolute hence we can only wait for their next point of call.