Fuel prices expected to go up again from Wednesday 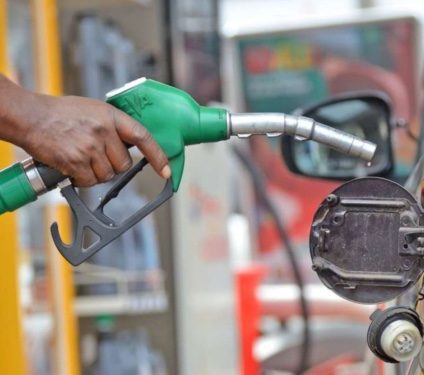 26
SHARES
143
VIEWS
Share on FacebookShare on TwitterShare on WhatsApp

Prices of petroleum products are expected to shoot up by at least 5 percent from Wednesday, March 16, 2022, the Institute for Energy Security (IES) has projected.

In its projections for the March, 2022 Second Pricing Window, which will take effect from March 16, 2022, to March 31, 2022, the IES said the price of Liquefied Petroleum Gas (LPG) will go up by 3 per cent whereas petrol and diesel would go up by 5 per cent and 9 per cent respectively.In an interview with the Ghana News Agency, Mr. Fritz Moses, Research Analyst, IES, attributed the projected increment in prices of petroleum products to what he described as the “sharp” rise in fuel prices on the international market and “sharp” depreciation of the Cedi against the US Dollar in the just-ended window.Currently, petrol and diesel are selling at an average of GH¢8.2 per litre at the pumps.

Before March 1, 2022, petrol and diesel traded at an average GH¢7.50 per litre, representing an increment of 8.6 per cent in the just-ended pricing window.

LPG on the other hand is currently selling at an average of GH¢9.76 per kilogramme, meaning that a 14.5kg cylinder costs GH¢140.

Should prices of LPG go up by 5 per cent as projected, it means that consumers would be required to pay GH¢147 to fill a 14.5kg cylinder.

With respect to the cost of fuel on the international market, the Institute found that the price of the international benchmark Brent Crude rose to 14-year highs within the period under assessment, reaching an average of $112.87 per barrel and representing an increase of 19.95 per cent over the previous window’s average price of $94.10 per barrel.

“As a result of Russia’s invasion of Ukraine, the volatility of oil prices has grown, highlighting the importance of oil and gas to the global economy as well as the risks associated with supply disruptions,” it said.