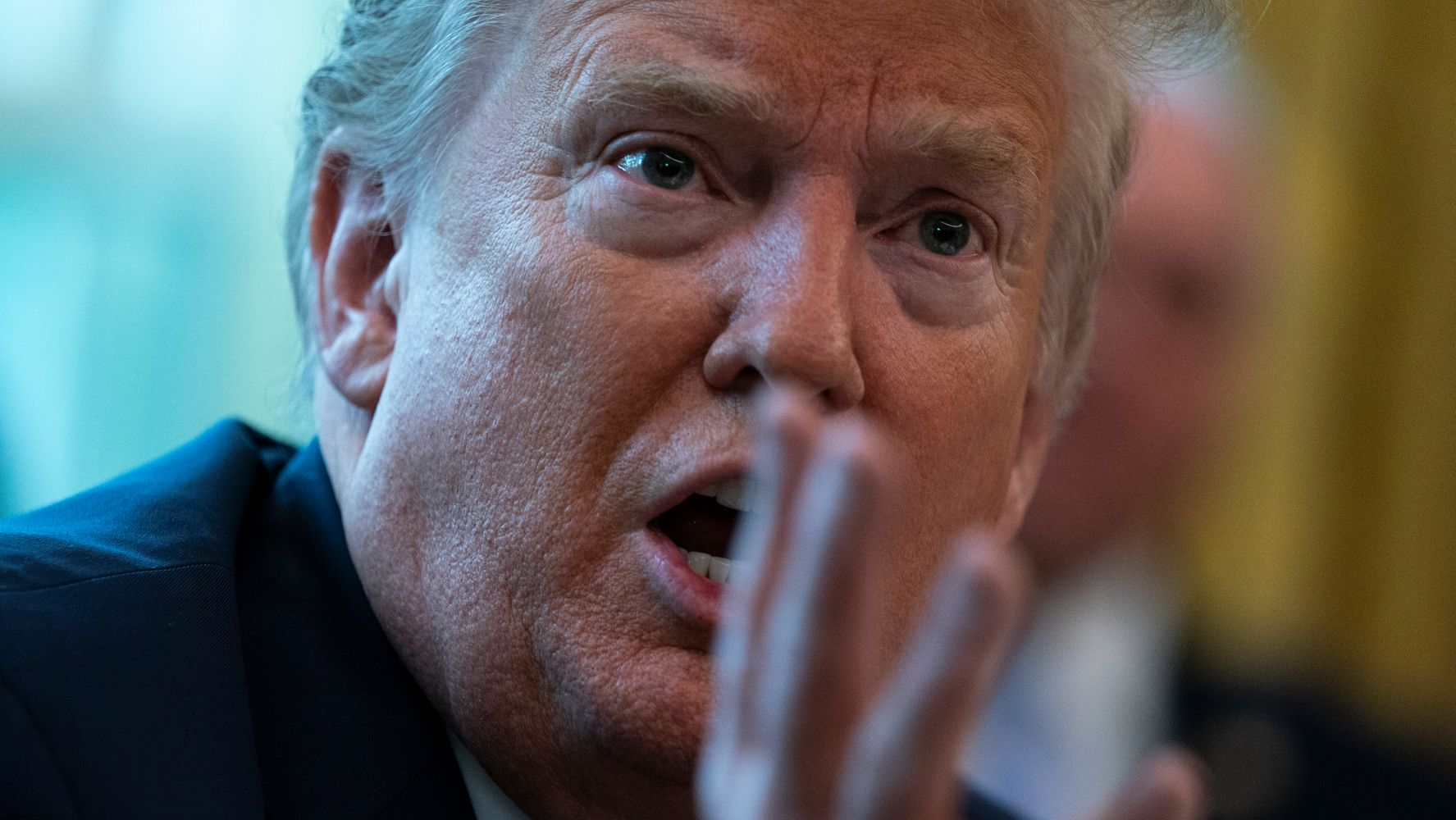 President Donald Trump launched another Twitter tirade against the media Sunday, slamming a days-old story about his lax work habits and even bashing his usual favorite Fox News, calling for an “alternative.”

Trump also called on reporters who wrote about Russia’s interference in the U.S. presidential election to return their “Noble” prizes. There are no Noble prizes for reported stories, nor are there Nobel Prizes. There are Pulitzer Prizes for journalism; there is a Nobel Prize for literature.

That particular three-tweet rant about Noble prizes subsequently vanished. But hours later, Trump called his comments “sarcasm” — insisting he meant to say “Noble” prizes all along (even though he had earlier called on the “Noble Committee” to rescind the awards).

Trump’s 10-tweet media attack (as of Sunday evening) first scorched The New York Times for what he called its “phony story” Thursday reporting that he often doesn’t arrive in the Oval Office until noon after spending the morning watching TV news — and enjoys eating Diet Coke and French fries.

He called himself the “hardest-working president in history,” who hasn’t left the White House in “many months,” apparently forgetting a campaign rally just last month.

“I work from early in the morning until late at night, haven’t left the White House in many months (except to launch Hospital Ship Comfort) in order to take care of Trade Deals, Military Rebuilding etc. … anything to demean!” he tweeted. Trump originally misspelled hamburger as “hamberger,” but it was later corrected.

I work from early in the morning until late at night, haven’t left the White House in many months (except to launch Hospital Ship Comfort) in order to take care of Trade Deals, Military Rebuilding etc., and then I read a phony story in the failing @nytimes about my work….

….schedule and eating habits, written by a third rate reporter who knows nothing about me. I will often be in the Oval Office late into the night & read & see that I am angrily eating a hamburger & Diet Coke in my bedroom. People with me are always stunned. Anything to demean!

Trump also attacked reporters who covered the Russian election interference scandal, insisting they had been “proven totally wrong” and should return their “Nobles” to “the REAL REPORTERS & JOURNALISTS who got it right.”

He also asked: “When will the Noble Committee DEMAND the Prizes back?”

Reporters weren’t proven wrong. A GOP-led Senate Intelligence Committee last week determined after an investigation that evidence supported the U.S. intelligence community’s determination that Russia did interfere in the American election in a bid to sway the vote toward Trump.

Though the original Noble tweets were removed, Trump later added another tweet claiming he was simply being sarcastic — the same explanation he used Friday after he suggested at a news briefing the previous day that a disinfectant “injection” might work against COVID-19.

Those reporters are indeed noble. You are ignoble. You are also ignorant. You refer to the wrong prize, and have misspelled it, to boot.

You’re so far in over your head you can’t even see the surface. https://t.co/1lkcL1tnoM

I logged back in to see if things were as dumb as I remembered, and I saw Trump writing about the “Noble” prize for journalism and remembered this idiot has the nuclear codes.

Does anybody get the meaning of what a so-called Noble (not Nobel) Prize is, especially as it pertains to Reporters and Journalists? Noble is defined as, “having or showing fine personal qualities or high moral principles and ideals.” Does sarcasm ever work?

Then Trump came for Fox News, charging the network with trying to be “politically correct.” He accused Fox News host Chris Wallace of being “nastier to Republicans” than the CBS news program “Face the Nation” — which he referred to as “Deface the Nation” — or “Sleepy Eyes” Chuck Todd of NBC.

“The people who are watching Fox News, in record numbers (thank you President Trump), are angry,” he tweeted. “They want an alternative now. So do I!”

.@FoxNews just doesn’t get what’s happening! They are being fed Democrat talking points, and they play them without hesitation or research. They forgot that Fake News @CNN & MSDNC wouldn’t let @FoxNews participate, even a little bit, in the poor ratings Democrat Debates…..

….Even the Radical Left Do Nothing Democrats laughed at the Fox suggestion. No respect for the people running @FoxNews. But Fox keeps on plugging to try and become politically correct. They put RINO Paul Ryan on their Board. They hire “debate questions to Crooked Hillary”….

….fraud @donnabrazile (and others who are even worse). Chris Wallace is nastier to Republicans than even Deface the Nation or Sleepy Eyes. The people who are watching @FoxNews, in record numbers (thank you President Trump), are angry. They want an alternative now. So do I!

Finally, the president lashed out at press reports that he is considering firing Health and Human Services Secretary Alex Azar.

Reports that H.H.S. Secretary @AlexAzar is going to be “fired” by me are Fake News. The Lamestream Media knows this, but they are desperate to create the perception of chaos & havoc in the minds of the public. They never even called to ask. Alex is doing an excellent job!