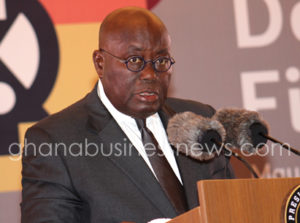 The President of Ghana has announced the lifting of partial lockdown of the Greater Accra Metropolitan Area and Kasoa, and the Greater Kumasi Metropolitan Area and its contiguous districts. In a televised address to the nation Sunday night April 19, 2020, Nana Akufo-Addo said the partial lockdown will be lifted by 1:00am Monday April, 2020. The decision of the President is in spite of the fact that the country has recorded over 1000 confirmed cases of COVID-19.

He justified the decision thus: “In view of our ability to undertake aggressive contact tracing of infected persons, the enhancement of our capacity to test, the expansion in the numbers of our treatment and isolation centres, our better understanding of the dynamism of the virus, the ramping up of our domestic capacity to produce our own personal protective equipment, sanitisers and medicines, the modest successes chalked at containing the spread of the virus in Accra and Kumasi, and the severe impact on the poor and vulnerable, I have taken the decision to lift the three week old restriction on movements in the Greater Accra Metropolitan Area and Kasoa, and the Greater Kumasi Metropolitan Area and its contiguous districts, with effect from 1am on Monday, 20th April,” he said.

Educational institutions will also remain closed until further notice. By an Executive Instrument, he has also extended the closure of all of the country’s borders for another two weeks, however, businesses are to be opened.

“In here, I am referring to the suspension of all public gatherings, including conferences, workshops, funerals, parties, nightclubs, drinking spots, beaches, festivals, political rallies, religious activities and sporting events. All educational facilities, private and public, are to remain closed. Businesses and other workplaces can continue to operate, observing staff management and workplace protocols with the view to achieving social distancing and hygiene protocols,” he added.

According to the President, test results of some 68,591 contacts have been received, and with the majority of tests being undertaken over the last three weeks, 1,042 persons, i.e. 1.5 per cent, have been confirmed as positive, with 67,549, i.e. 98.5 person, testing negative. 99 persons have recovered and have been discharged, with 930 persons, who have been isolated responding to treatment either in their homes or in treatment facilities, he added.

The President, went on to tout the country’s achievement in the number of tests.

“Indeed, Ghana is the only other country in Africa to have conducted more than 60,000 tests, and we are ranked number one in Africa in administering of tests per million people,” he said.

He indicated that public transport operators, including buses, trotros and taxis are  to continue to run with a minimum number of passengers, as they have been doing for the last three weeks in maintaining social distancing.

“They must also continue to ensure the maintenance of enhanced hygienic conditions in all vehicles and terminals, by providing, amongst others, hand sanitizers, running water and soap for washing of hands. Domestic airlines are required to adhere to the same protocols,” he said.