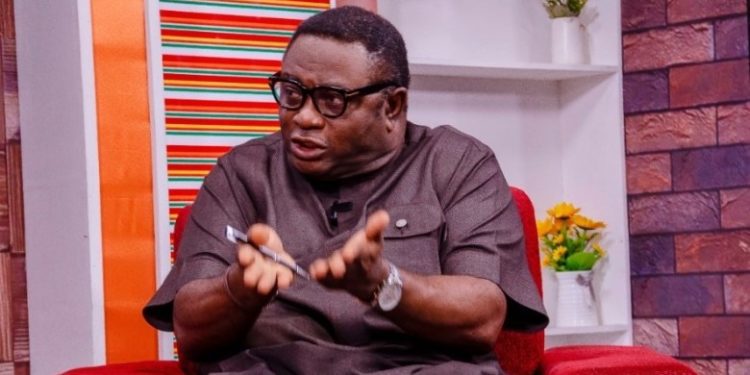 18
SHARES
100
VIEWS
Share on FacebookShare on TwitterShare on WhatsApp

Director of Elections for the National Democratic Congress (NDC) and a former Minister, Elvis Afriyie Ankrah has slammed president Nana Akufo-Addo over the hardship Ghanaians are going through under his watch.

He said on TV XYZ that President Akufo-Addo is “acting as though he’s living in a fool’s paradise” for disputing that there is no hardship in the country.

The New Patriotic Party (NPP) has accused former president John Mahama of fueling a perception of hardship in the country with his ‘thank you’ tour.

Director of Communication for the NPP, Yaw Buaben Asamoa, made the assertion at a press conference at the party’s headquarters in Accra on Friday, August 20, 2021, adding that the country is in a good state.

“We are not frightened of John Mahama, we know he cannot manage the economy, so we can’t let him poison your minds because if you’re sitting your somewhere and they keep telling you ‘oh it is bad, Ghana is hard, there is corruption, Ghana is hard’. Then sometimes, you think it’s true,” Asamoa stated.

However, Afriyie Ankrah who said he is being bombarded with requests for financial assistance disagreed with the NPP, saying the defenders of the government get “free money and fuel” so they don’t feel “the heat” like the average Ghanaian.

“The majority of Ghanaians cannot buy petrol. Look,  we politicians who are well known and like to help people get requests every day. The requests have gone up a thousand folds; sometimes someone calls you and begs for 20 cedis to be able to cater for his wife and children. People are really suffering,” he told host Prince Minkah.

He continued, “People cannot pay for their wards’ fees, their rent, people are suffering only for the president to speak like this. It  is unfortunate because he has free money to enjoy with his family.”

Afriyie Ankrah said, unlike the numerous promises the NPP-led Akufo-Addo made to Ghanaians, life has become unbearable for most Ghanaians as joblessness heightens while the president and his cohorts controlling affairs of the country live lavish lives.