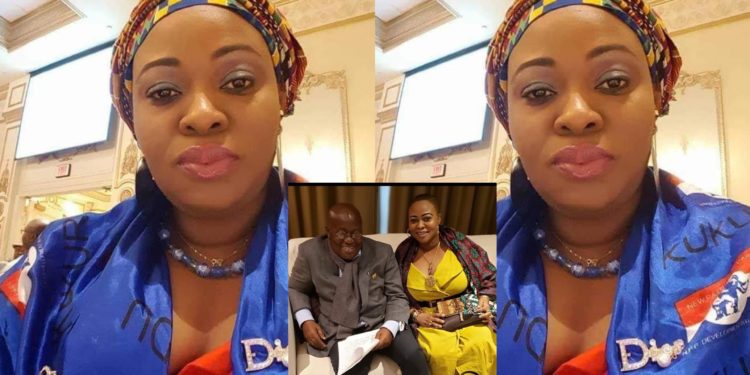 559
SHARES
3.1k
VIEWS
Share on FacebookShare on TwitterShare on WhatsApp

A Canadian born Ghanaian woman has said her live has been threatened by President Akufo Addo because she has some information which incriminate the President of Ghana.

The Lady who said she was the mistress of Akufo Addo has said in a viral video that Akufo Addo after noticing she has those information led a staged robbery attack on her which was aimed at taking away her fone and other device they suspect she kept those secretive information on.

After her fone was taken from her by national security officers who acted as armed robbers, her laptop in Golden Tulip hotel, a highly rated hotel in Accra which Akufo Addo had booked for her on her visit to Ghana was also tampered with.

Miss Evelyn Aidoo aka Serwaah Broni has said she has audios and text messages of Akufo Addo apologizing to her for the trauma she had to go through because of his action.

The President also said to her that with how he struggled to become President, he will never stop eliminating anyone who comes up against his government.

Some of them are captured below