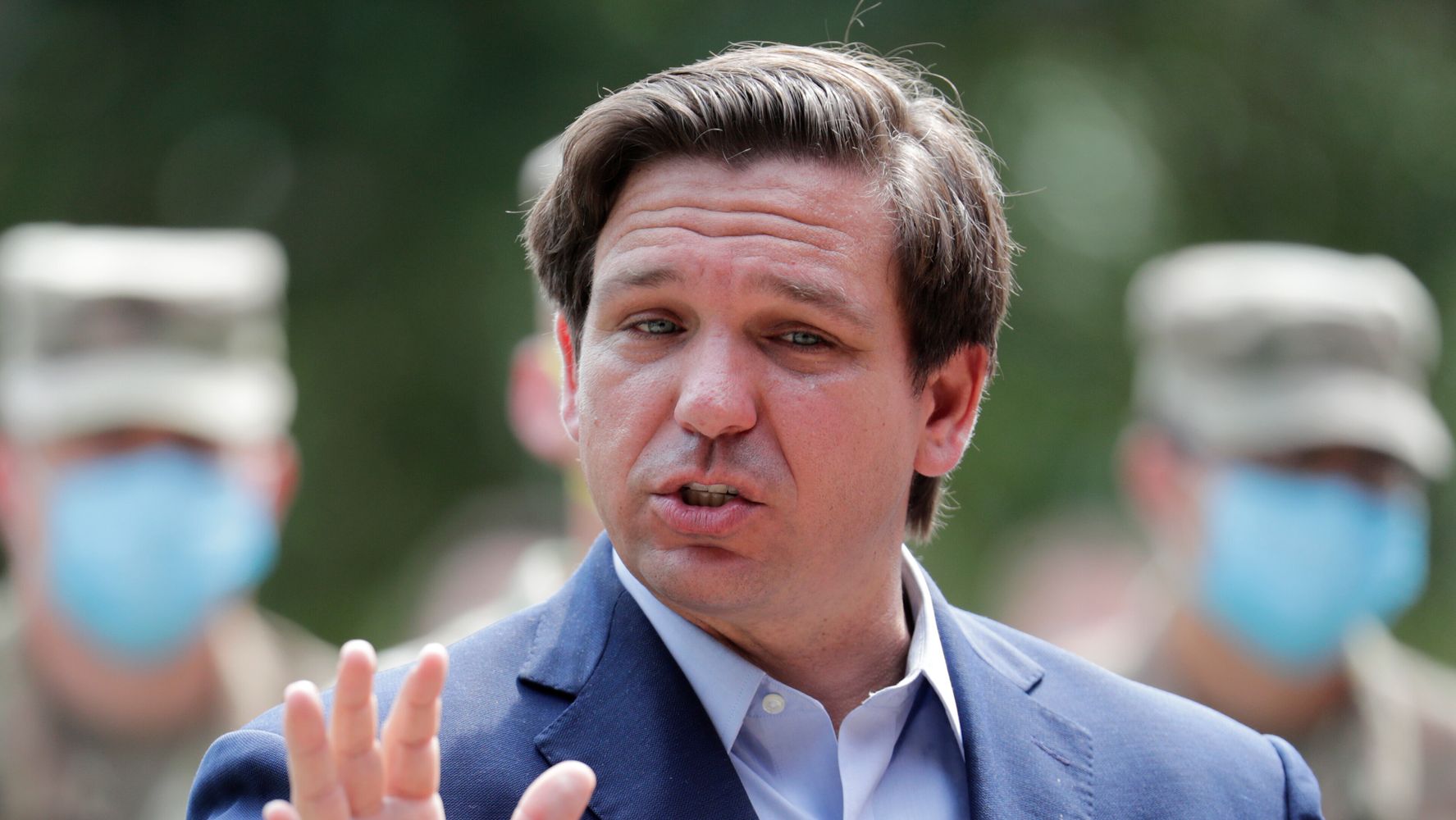 Florida Gov. Ron DeSantis (R) on Sunday characterized his state as “God’s waiting room” for seniors during an update on COVID-19.

“Florida is ground zero for the nursing home; I mean we’re God’s waiting room,” DeSantis said at a press briefing in Orlando. “We have a huge number of facilities, a huge number of residents.”

“God’s waiting room” is a decades-old, derogatory phrase about the large number of retirees in the state, noted WPLG Local 10 TV.

DeSantis commented on Florida’s vulnerable nursing home population while discussing plans to reopen the state for business. As of Sunday, Florida had recorded 31,500 cases of COVID-19 and 1,074 deaths. However, DeSantis said that parts of the state were now on “the other side” of the coronavirus outbreak.

The number of daily new cases in Florida in the last week peaked last Thursday at 1,232, but the tally appeared to be climbing again Saturday with 823 cases, up significantly from the previous day. Statistics had not yet been released for Sunday at the time of this writing.

Thomas Unnasch, co-director for the Center for Global Health Infectious Disease Research at the University of South Florida, cautioned that it will be difficult to determine if cases have peaked without more data.

“We will really not know if we’re past it until we actually see a week or two of steadily declining case numbers across the Tampa Bay area, and the entire state, before we can really say we’re on the downslope,” Unnasch told WUSF Public Media on Friday.

Although DeSantis claimed the dire predictions for Florida had not materialized, he also emphasized that he was not in a rush to move the state back to normal. He said he did not envision movie theaters or bars reopening any time soon nor allowing sporting events with fans until “far in the future.”

Earlier this month, he deemed World Wrestling Entertainment an “essential” business during the outbreak, and said that other sports and entertainment operations could be considered essential on a case-by-case basis.

DeSantis has come under fire for being slow to react to the coronavirus crisis. He didn’t institute a statewide stay-at-home order until April. DeSantis claimed he was awaiting instructions from the Trump administration, which never came. The order expires on Thursday, and it’s not yet clear what he will do then.

More than a week ago DeSantis told local officials they were free to reopen beaches when they saw fit. He encouraged continued social distancing on the beaches, but that was clearly ignored on Jacksonville Beach:

Critics on Twitter were taken aback by DeSantis’ characterization of the state’s senior population, particularly during such a deadly outbreak:

This is an awful thing to say, especially now.

Florida is “God’s waiting room?” Well, Seniors? Do you enjoy bein’ the punchline in the Republican stand-up routine?https://t.co/h0NxMaflqr