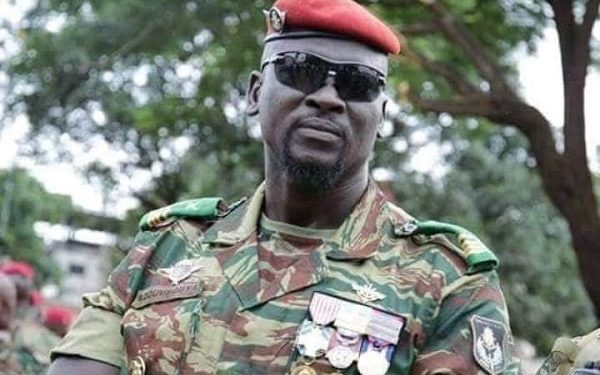 103
SHARES
572
VIEWS
Share on FacebookShare on TwitterShare on WhatsApp

Mamady Doumbouya, a special forces colonel who led a coup in the West African state of Guinea on September, will be sworn in as interim president on Friday, the authorities say

Doumbouya will be sworn in at noon (1200 GMT) at the Mohammed V conference centre in the capital Conakry, a communique read late Wednesday on national television said.

He will become transitional president, serving before the country returns to civilian rule, according to a blueprint unveiled by the junta on Monday that does not mention a timeline.

The September 5 coup, the latest bout of turbulence in one of Africa’s most volatile countries, saw the overthrow of 83-year-old president Alpha Conde.

Conde became Guinea’s first democratically elected president in 2010 and was re-elected in 2015.

But last year he pushed through a controversial new constitution that allowed him to run for a third term in October 2020.

The move sparked mass demonstrations in which dozens of protesters were killed. Conde won re-election but the political opposition maintained the poll was a sham.

The “charter” unveiled on Monday vows that a new constitution will be drafted and “free, democratic and transparent” elections held, but does not spell out how long the transition will last.

The document says the transitional president will be “head of state and supreme chief of the armed forces… (and) determines the policies of the Nation,” with the power to name and fire an interim prime minister.

However, the president will be barred from being a candidate at the elections that will take place after the transition, it says.

The turbulence in the former French colony has sparked deep concern among Guinea’s neighbours.

The coup is the second to take place in the region, after Mali, in less than 13 months.

The region’s bloc, the Economic Community of West African States (ECOWAS), is demanding that elections be held within six months, as well as Conde’s release.

‘If you change election results, I’ll go after you’ – Kissi Agyebeng to EC

'If you change election results, I’ll go after you' – Kissi Agyebeng to EC