Has Akufo-Addo Grown In Height Recently To Necessitate Purchase Of A Bigger Presidential Jet? – Asiedu Nketia 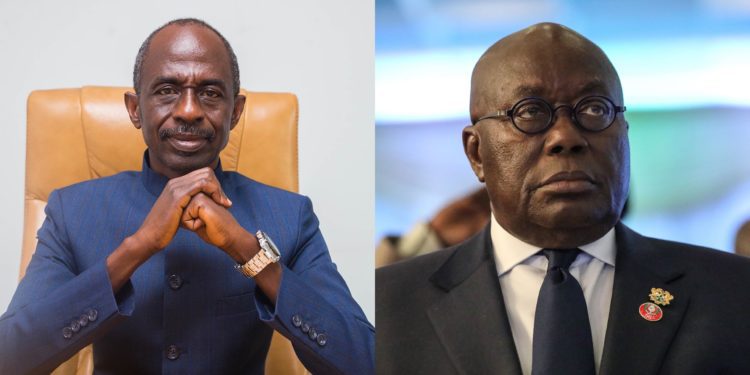 116
SHARES
643
VIEWS
Share on FacebookShare on TwitterShare on WhatsApp

The Chief Scribe of the National Democratic Congress (NDC), Johnson Asiedu Nketia, says the decision to acquire a new presidential jet by the Nana Akufo Addo-led government will be fiercely challenged by the opposition party when a “concrete proposal” is officially submitted before parliament.

The Director of Communications at the presidency, Eugene Arhin gave the hint at a press briefing at the Jubilee House on Monday evening (September 27, 2021) that plans were afoot to procure a new and bigger aircraft [over 100 passengers] for the Ghana Airforce, which will also serve presidential travel needs.

His disclosure has ignited a public debate on whether a new and bigger presidential jet is needful in the current circumstances.

Asked for his thoughts on the issue, Mr Asiedu Nketia was reluctant since to him, the decision to purchase a new presidential jet has not been made official yet.

Pressed further by NEAT FM’s morning show host Mac Jerry Osei Agyeman, the outspoken politician sought to know rather derisively if President Akufo-Addo has miraculously increased in height to necessitate such a decision.

“Honestly, when [former] President Kufuor bought this jet, I thought he placed into context President Nana Akufo-Addo’s height. Because I believe they (NPP then in power) expected Akufo-Addo to win. Thus when Kufuor acquired that jet (Falcon), I said to myself, how can this lanky person fit into this aircraft, but apparently he did so with his (Nana Addo’s) height in consideration . . . Kufuor had to bend slightly in order to fit into that aircraft, but Akufo-Addo on the other hand, has no such issues. He [President Nana Addo] fits perfectly in the jet. So if by the Grace of God you are now president, why this desire for a new aircraft when this Falcon was purchased quite clearly with your stature in mind.”

“I’m not being harsh . . . I’ve had the privilege of sitting in that aircraft before in 2009 that’s why I’m saying so. Why does he need a bigger presidential jet, for what? He doesn’t even need to bend over to fit into it or has he grown in height recently?” he mockingly asked the ‘Ghana Montie’ show host on NEAT FM.

‘If you change election results, I’ll go after you’ – Kissi Agyebeng to EC