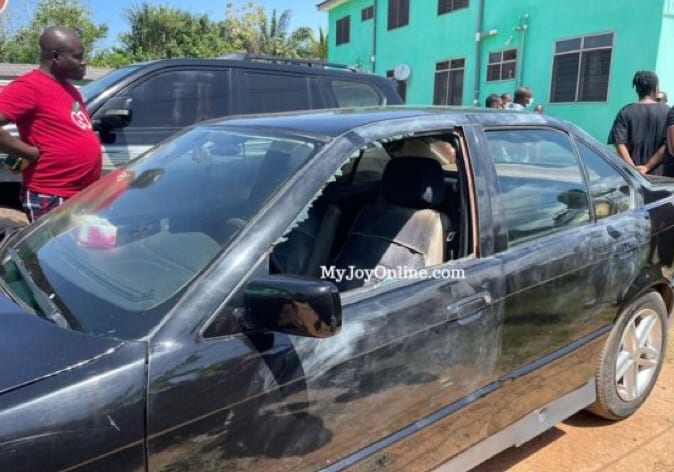 46
SHARES
254
VIEWS
Share on FacebookShare on TwitterShare on WhatsApp

Unknown gunmen have shot and killed a headteacher in his home at Cape Coast in the Central Region.

The deceased, Mr.Yaw Eyifa Gorman, popularly known as Dr Sting, was shot in his car after he returned home from a census training on Saturday evening.

The deceased’s co-tenant said the incident which happened around 7:40 pm has brought fear into the house since the headmaster was shot in the compound of his own home.

He stated that they heard the sound of the gun and rushed out to figure out what it was only to find their colleague had been shot.

We were all in our room and we heard a loud noise “boom.” Some of us even though it was a knockout.

Then all of a sudden, we heard his wife screaming ‘Please someone should come and help me!’ So when we did, we saw his lifeless body in front of his steering wheel with blood in the car

The level of insecurity in Ghana has reach its crescendo in recent time making it hard to citizens to go about their normal duties.