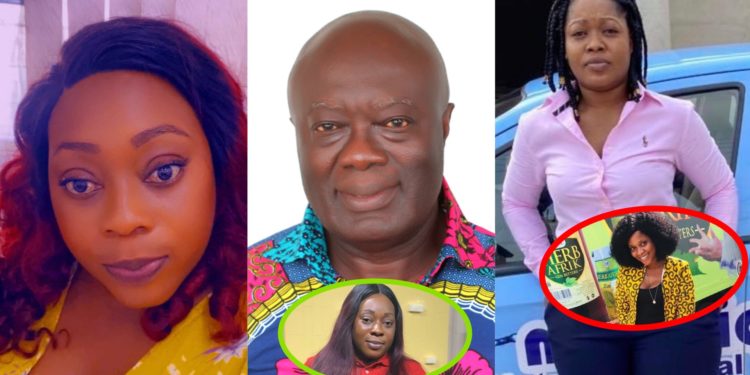 Nobody thought the struggles John Mahama Led Administration and former dedicated competent management members of Gihoc distilleries went through to revamp the “dead” company will be in vain 5 years after there was change of government.

Gihoc distillery a state owned beverage and bottling company under the leadership of Maxwell Kofi Jumah who is known by his apparatchiks as Kofi Ghana has become a sorry institution with some dirty riff-raffs with no qualifications or experience promoted to top management position because they warm the bed of Kofi Jumah who is the Managing Director.

In a first release made by some concerned workers of the company, they alleged how the company, if something drastic is not done will eventually collapse under the water of Kofi Jumah and his “Soledads” due to bad management practices that has unfortunately become a normal practice which includes hiring His girlfriends who are just Secondary school leavers into sensitive management positions, bringing in his nephew and hiring someone with criminal records to be in change of the company’s financial control.

When Loud Silence Media led by Kevin Taylor heard about these despicable unfortunate practices ongoing at Gihoc, our “Ghost Team” went under cover to Gihoc to find out what the real issues were and whether or not the issues raised by the concerned workers are legitimate. Our findings are embarrassing that a company which was once managed by respectable employees can now be reduced to something words cannot even describe.

To begin with, Kofi Jumah have been sleeping with some girls at Gihoc to give them appointments we will be exposing in this article. These girls who are known mistresses of Kofi Jumah travel to funerals with company cars and spend days without reporting to work and nobody can question them because they are mistresses of the MD who is Kofi Jumah and thus untouchable.

During the peak of the Covid outbreak for instance, funds generated by Gihoc through the manufacturing of Hand Sanitizers were diverted into private account of Kofi Jumah who has since increased his salary as the MD of the company from 25,000 cedis to 50,000 cedis a month.

Below is the second release from the concerned workers of Gihoc and the damage Kofi Jumah has done to the once vibrant company which was managed by competent decent people till Nana Akufo Addo appointed Kofi Jumah who came in with his “Fa Wo to Be Gye Girls” to ruin everything good Gihoc achieved.

Reacting to the first release by the Concerned workers, instead of him responding to the issues raised in the letter, Kofi Jumah however disgracefully said he’s an old man with swag while trying to water down the impact of the allegations leveled against him by the workers.

One of his mistress known as Yvonne Mensah whom he(Kofi Jumah) has clandestinely promoted to the position of a manager in the company even when she has no certificate to merit the position came in to speak utterly rubbish to further expose the shameful situation at the state Company under their watch.

These girls appointed to top management positions are just NPP Girls warming the bed of Mr Jumah with no knowledge in running a company.

His nephew has been made a deputy marketing manager of the company with the finance department leader being another person with criminal records as a former employee of access bank.

Below are the pictures and names of the riff-raffs Kofi Jumah has employed to help him rundown the company he takes 50,000 cedis from as a Managing Director.

These uncooked inexperience girls have no reasonable qualifications as their highest are some funny certificates in addition to their Secondary School Certificates.

Loud Silence Media has intercepted the original copies of all their certificates and will be publishing them and IG her jaw dropping findings from Gihoc under Kofi Jumah.