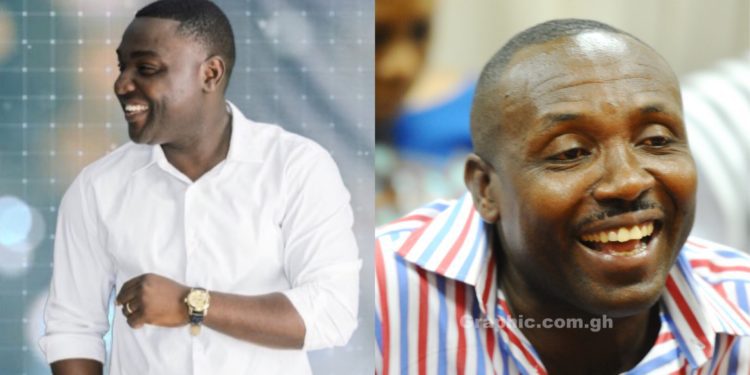 50
SHARES
280
VIEWS
Share on FacebookShare on TwitterShare on WhatsApp

Kevin Taylor has a piece of advice for the National Democratic Congress(NDC) as they put themselves together to win power in the 2024 election and the advice is simply, characters like John Boadu and must be ignored in their tomfoolery.

This was in reaction to a press conference General Secretary of the NPP John Boadu held in Accra on 26th August 2021 to react to some vital issues Former President John Mahama raised on his “Thak You Tour”.

Mr Mahama said the newly created regions are having serious infrastructure deficit and must be addressed urgently because just creating regions out of the existing ones is not what the people actually need but real development.

Among other things the former President said was a direct appeal to Ghanaians not to allow the NPP run away with their crimes and stolen money in 2024, he called on Ghanaians to hold the Npp government led by Prez.Akufo Addo accountable by making sure they are voted out of power in 2024.

He touched on the outrageous corruption allegations cases against the government and called on the newly appointed special prosecutor to step in and save Ghana’s money from going into private pockets.

Reacting to these viral issues strictly directed to the government by their former President in their Press Conference, Mr John Boadu said Mr Mahama have no moral right to ask for development because as President he didn’t develop these regions.

He added Chiefs in the newly created regions said for over 40 years they craved for new regions and once that is done, if Nana Addo does not develop these regions, they are okay for being regions at last.

These are all attempt by the NPP to drag the NDC into yet another media frenzy for the real issues Mahama raised directed strictly to the Government and President Akufo Addo to be reduced to NDC and NPP Media banter.

Kevin Taylor said the Ndc should ignore the Npp at this point and keep hitting on issues of corruption, no development, no jobs, failed promises and the reckless borrowing the Akufo Addo led government is supervising because these are issues of interest to Ghanaians.

He reveled on With All Due Respect that, the idea of the Npp is to reduce the pressing issues to media banter for the paid media houses to come to their aide and equalize their failures that both the Ndc and the Npp are the same.

Listen to Kevin Taylor’s Editorial below