How Parliament will work during the time of the coronavirus 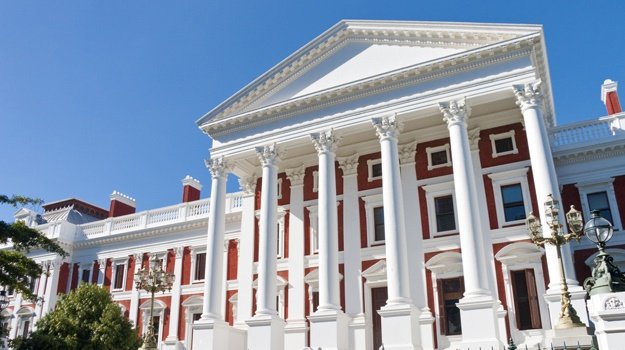 On Thursday, Parliament’s presiding officers announced that the legislature will resume with its business at once, with a particular focus on exercising oversight over the government’s response to the Covid-19 pandemic and the implementation of the lockdown.

The portfolio committees directly affected by Covid-19 would be asked to intensify their oversight engagements, especially during the lockdown period.

While the updated programme of Parliament had not been released by the time of writing, two committees have indicated what is first on their agendas.

Portfolio Committee on Police chairperson Tina Joemat-Pettersson said the committee would call the police and the Independent Police Investigative Directorate (IPID) to give answers on allegations of police overstepping in the enforcement of the lockdown regulations.

On Friday, Philly Mapulane, chairperson of the Portfolio Committee on Higher Education, Science and Technology, said the committee would hold a virtual meeting on Tuesday to assess the impact of the lockdown on the higher education sector.

The committee will receive a briefing from Higher Education, Science and Technology Minister Blade Nzimande on plans of the department, universities and Technical Vocational Education and Training (TVET) Colleges to rescue the 2020 academic year.

Parliament has already conducted a virtual committee meeting, where the Portfolio Committee on Health met with Health Minister Zweli Mkhize and experts through the video conferencing app Zoom. Thursday’s media briefing with the presiding officers was conducted through the Microsoft Teams.

It is envisaged that the committee meetings will be conducted through these apps, with members signing in remotely. The public will all also have access through Parliament’s YouTube channel and other social media channels.

The Chief Whips Forum is coming up with rules for these meetings. Parliament is also coming up with a way to do oral question sessions with members of the executive.

The UK parliament, which is returning from their recess next week, is also allowing members to work from home through video conferencing, its speaker Norman Fowler said in a statement.

As in South Africa, Fowler said oral questions posed a particular challenge for them in the UK.

British MPs, however, are concerned that a virtual Parliament might struggle to hold Prime Minister Boris Johnson’s government to account over the much-criticised response to the pandemic, CNN reported.

Meanwhile, in the US, President Donald Trump was criticised and the legality of his expressed plan to suspend the US congress questioned. Congress has continued its work, albeit with social distancing in mind.

Several countries’ legislatures continued their work with smaller meetings, while others, like India, suspended Parliament indefinitely.

A lasting legacy of the coronavirus pandemic: Fewer department stores