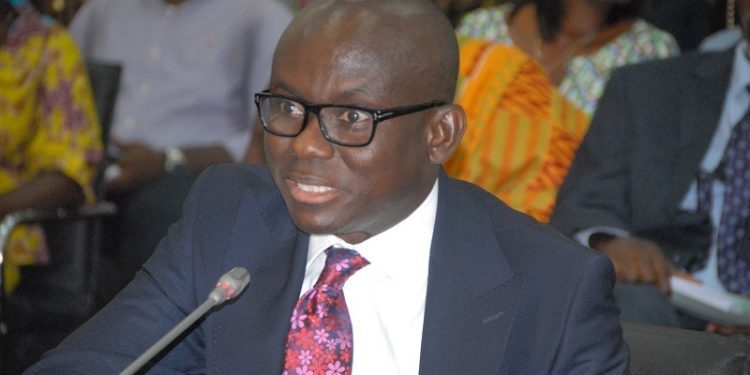 15
SHARES
86
VIEWS
Share on FacebookShare on TwitterShare on WhatsApp

The Attorney General, Godfred Yeboah Dame, has said he will not destruct Parliament’s probe into the botched Sputnik V vaccine deal.

He said he believes Parliament has enough processes to handle the issue.

The Minister of Health, Kwaku Agyeman-Manu, has faced intense criticism after an ad hoc committee of Parliament concluded that he entered into the Sputnik V deal without approval from the relevant institutions.

It also recommended, among other things, that the Finance Minister takes steps to recover over $2 million paid to Sheikh Ah Makhtoum for undelivered vaccines.

Meanwhile, the Sheikh in response to a letter from the Health Minister requesting a refund agreed to pay the money, has returned the money to the government of Ghana according to documents sighted by Citi News.

However, other groups and individuals have asked the Attorney General to initiate criminal proceedings against the embattled minister.

The Attorney General, in a media interview, indicated that he does not intend to prejudice the work of Parliament on the matter.

“I gave an opinion on the matter, and I believe Parliament has not exhausted its processes and all those processes will be dealt with by Parliament, and so I do not want to prejudice the work of Parliament in any way at all.”

Ofori-Atta defends Agyeman-Manu; says Ghanaians are being unsympathetic
Meanwhile, the Minister of Finance, Mr. Ken Ofori-Atta, has jumped to the defense of the Health Minister, Kwaku Agyeman-Manu, as calls for his resignation deepen over the deal.

Mr. Ofori-Atta insists Ghanaians are being unsympathetic despite the efforts of the Health Minister to secure vaccines for the country when the lives of citizens were at stake.

“The people [middlemen] have said they can’t supply the vaccines; which means that they have broken the contract, and then we get our $2 million back, and then we move on. But to be so unsympathetic to somebody who felt that what can he do to ensure that there is continuity for Ghanaians, and now sit comfortably to chastise him without empathizing with him; I am empathetic of him, and I expect that others will also realize the type of pressure that he was under at the time and his commitment to ensuring that Ghanaians are safe.”

Background
As Ghana struggled to reach its target of vaccinating 20 million citizens, it emerged that the government was using the services of middlemen to procure 3.4 million doses of Russia’s Sputnik-V vaccines.

But this was at a higher cost of $19 other than the original factory price of $10.

This prompted calls for the abrogation of the procurement contract.

The issue first came to light when a Norwegian news outlet, Verdens Gang, reported that Ghana had requested to purchase the doses of the Sputnik V vaccine through two businessmen who are selling it to Ghana at $19 per dose instead of the $10 per dose on the international market

The Minister of Health, Kwaku Agyeman-Manu, who is a board member of the GAVI Vaccine Alliance, admitted that he did not seek cabinet and parliamentary approval before engaging the private individual for the procurement of Sputnik V vaccines when he appeared before the bi-partisan committee.

Meanwhile, the company that agreed to supply Ghana with the overpriced Sputnik V vaccines has terminated the contract it had with the country, according to the Minister.