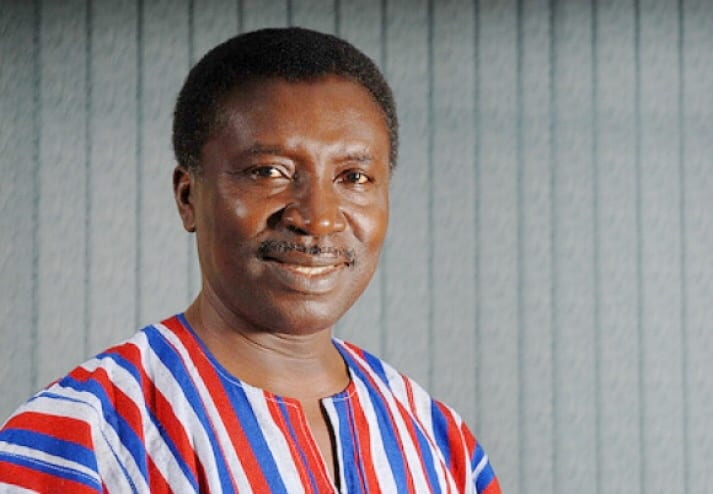 11
SHARES
61
VIEWS
Share on FacebookShare on TwitterShare on WhatsApp

As the former minister of Environment science and technology, Professor Frimpong Boateng made a mess of all he has achieved in private life by getting stuck with issues of Galamsey.

A video recording in his office by one Ekow Ewusi confirmed the surgeon was an integral part of Galamsey in the country.

His Son Jojo among other Npp faithfuls were said to be owning mining concession without approval among others.

Above all, under the watch of a Minister who was supposed to protect our environment, Professor Frimpong Boateng’s greed and quest to get money quick resulted in massive pollution of our water bodies and destruction of forest for illegal mining.

It is because of these bad records of his why Kevin Taylor has expressed worry of how sad he feels anytime Professor Boateng walks around freely.

Reacting to a story Nanking round that, Doctor Boateng will be leading Ghana’s corona virus vaccine team, Kevin stated in any serious country, Professor Boateng will be in legal custody facing a jail term for being caught on tape negotiating Galamsey deals among others.

Over 500 excavators seized under his watch flew away without any trace, Some Chinese Nationals who were arrested were allowed to abscond without trail among others.

“I have said if this Professor Frimpong Boateng was in China, he would have been in jail. It makes a mockery of us when characters like him are still linked to anything of national discourse.

This man’s work as a minister is tantamount to killing, he watching on for our environment to be destroyed is worse than any form of corruption and the worst of it is that he was doing the Galamsey himself.

He is disgrace to whatever certificate he has acquired, like I always say wisdom has little to do with certificates.

Because if a surgeon and global scientist like Frimpong Boateng can lead a gang of criminals to destroy our rivers and forest then his certificates are useless”— Kevin Taylor said on the show.

Galamsey Fight remains one of the yet to be fulfilled promises of Akufo Addo as expert has predicted that, if something drastic is not done, Ghana will have to import drinking water in 2030.

That is how bad the situation with destroying our rivers under the Npp has become.