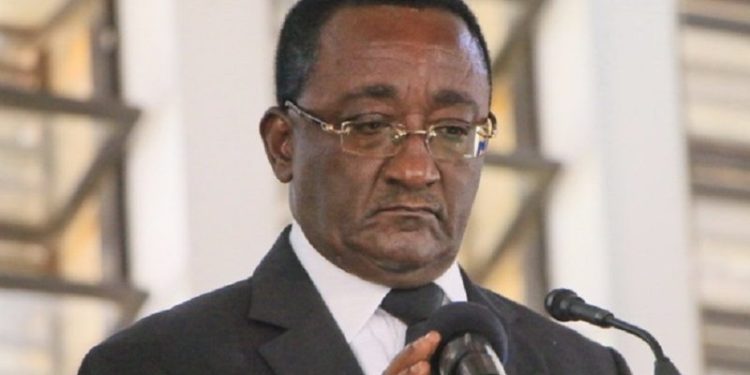 75
SHARES
414
VIEWS
Share on FacebookShare on TwitterShare on WhatsApp

It Looks like the battle of who leads the NPP into election 2024 will be very hot.

Every before nominations are opened in January 2024, a notable number of persons within the party and government have expressed interest to lead the party into election 2024.

One of such is the Agricultural Minister Dr Owusu Afriyie Akoto who at some point served as the MP for Kwadaso in the Ashanti Region.

Afriyie Akoto is a childhood friend of Akufo Addo and has also made public his ambitions to become President.

Speaking to Evans Mensah on JoyNews’ PM Express on Wednesday, the Minister said it will be an honour if delegates of his party select him to run as president in election 2024.

“Why shouldn’t I be? I am a member of this party and a very senior member, so why shouldn’t I? The destiny of this party should be of great concern to me and for all of us as party members. If I was going to say I was not interested in running for president, I would have said so,” he said.

Dr Afriyie Akoto and some notable NPP members such as the Vice President and Alan Kyeremanten were alleged to have announced their bid to represent the party in Election 2024.

The party leadership advised such interested persons to exercise restraint and focus on helping the NPP achieve its goals for President Akufo-Addo’s second term in office.

The said individuals were made to release statements to dismiss reports of campaigning.

Clarifying the statement he released in March, Dr Afriyie Akoto said the rationale of the letter was to rubbish claims he lavished huge sums on delegates to announce his interest to vie for the flagbearer position in 2024.

“I was reacting to allegations made against me that I had spent ¢1 million, one fine afternoon in my house at Kumasi to buy delegates and whatever. I don’t even know what they were talking about. I was specifically responding to those allegations,” he explained.

However, the former Kwadaso MP said his decision to contest for the flagbearership race will be made in January 2024, when the NPP receives nominations.