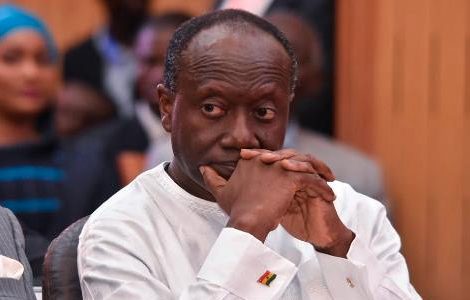 Finance Minister Ken Ofori-Atta has responded to critics calling for his head after government made a U-turn by resorting to the International Monetary Fund (IMF).

In an exclusive interview with with the media present at Accra Sport Stadium during the National Delegates Conference of the governing New Patriotic Party (NPP), Ken Ofori Atta who is a family relative of President Akufo Addo said he will not resign as others have suggested.

Mr. Ofori-Atta explained that asking him to resign is like “telling a father to resign from his children because he changed his mind.”

According to him, although he earlier felt no need for Ghana to seek IMF support, the impact of the Covid-19 and the Russia-Ukraine war compelled the government to “change his mind” about an IMF bailout.

Ofori Atta’s tenure as finance minister has brought the country on its knees running to the IMF.

He has supervised an unprecedented state of borrowing because his company, Data Bank are a direct beneficiary to every single amount he borrows in the name of Ghana.

Even as he said few weeks back that Ghana was never going to the IMF, the shameless  sick looking Ofori Atta has refused to resign.