If Creating new regions was easy, why didn’t you do it?- Dan Botwe to Mahama 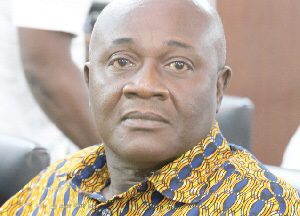 77
SHARES
426
VIEWS
Share on FacebookShare on TwitterShare on WhatsApp

Minister for Local government, decentralization and rural development has said Former President John Mahama is not being candid with his recent call on government to develop the newly created regions.

Speaking on Accra based Okay Fm, Dan Botwe said creating the regions alone is an achievement and if it was that easy why didn’t John Mahama do it when he was President.

He gave instances of how difficult it was to create new regions since it’s something some regions like Oti had always wanted.

This was n reaction to comments made by John Mahama while on his thank you tour.

Reacting to the creation of the new regions, Mr Mahama said government should dedicate resources to developing these regions than just saying they have created regions.

He stated the idea of creating a new region should be inspired by the need to develop which the Akufo Addo government has failed to do.