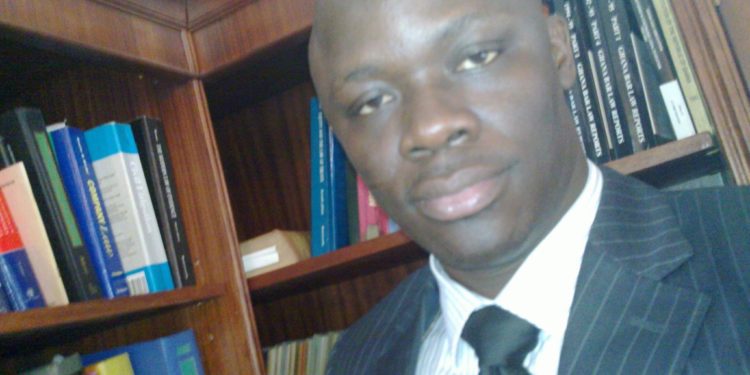 245
SHARES
1.4k
VIEWS
Share on FacebookShare on TwitterShare on WhatsApp

The host of News File on Multimedia’s Joy News Channel Samson Lardy Anyenini has said the petition from ASEPA against Anin Yeboah in the 5 million dollars bribery scandal lacks merit and deserve no such attention.

Samson who is a Private legal practitioner said it was not surprising that the impeachment petition filed against the Chief Justice by the Alliance for Social Equity and Public Accountability (ASEPA) was dismissed by the president because the content made no sense.

He wondered why the petition got this much attention from the key stakeholders.

President Akufo-Addo on Monday August 23 dismissed a petition was filed by the Executive Director of Civil Society Organisation, ASEPA.

ASEPA boss Mensah Thompson had invoked Article 146 (6) of the Constitution of Ghana, 1992 for the removal of the Chief Justice.The petition followed allegations by a private legal practitioner Kwasi Afrifa who alleged the Chief Justice demanded a $ 5 million bribe from his (Afrifa’s) former client for a favourable judgement.

Accordingly, the President in a letter dated July 20, 2021, consulted with the Council of State per the terms of Article 146 (6) to determine whether the petition discloses a prima facie case against the Chief Justice.  Such a determination should precede the appointment of a committee under Article 146 (6) to hear the matter.

The Council of State conveyed its conclusions on whether or not a prima facie case has been established to the President on Friday, August 20.

In making a determination on whether or not a prima facie case has been established against the Chief Justice to warrant the appointment of a committee for the purpose of inquiry, the President said, on the generality of the fact available vis a vis the applicable legal rules, the petition fails to meet the threshold specified in law.

“This allegation by ASEPA, assuming the same to be true, is conjectural, speculative and provides nothing of substance to assist in proceedings under Article 146 of the Constitution.

“Applying my mind to the demands of the task before me, I have no hesitation in finding that the petitioner’s complaint does not disclose a prima facie case for further action to be taken under Article 146 (6) of the Constitution,” it added.

Consequently, he dismissed the petition describing it as “unmeritorious” and “unwarranted”.

Reacting to the development in a Facebook post, Sampson Lardi Anyenini said “I have just done a quick read through a 12-page (+cover letter) prima facie determination on the petition for removal of the CJ. It supports my prediction and professional expectation.

“But I am sincerely shocked it got this much attention – 12-pages?! If article 146 impeachment were to be reduced to such a joke, which liable office-holder will have any space to work?

“All anybody needed to do will be to file a petition based on nothing but rumour and hearsay without supplying a scintilla of evidence in support.

|”Put yourself in that place where someone simply throws words on paper accusing you of misconduct or crime and that is the only basis for you to be put on trial.

“You may google up my article on the article 146 process.”

If Creating new regions was easy, why didn’t you do it?- Dan Botwe to Mahama 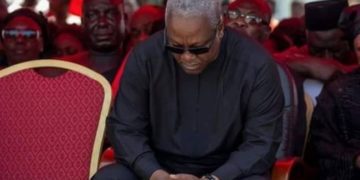