If NDC wins 2024 elections, they will be in power for at least 24 years – Maurice Ampaw 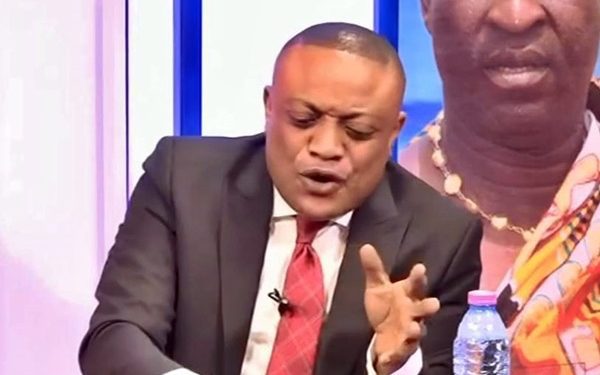 374
SHARES
2.1k
VIEWS
Share on FacebookShare on TwitterShare on WhatsApp

Private legal practitioner Maurice Ampaw has prophesied that should the main opposition National Democratic Congress wrest power from the ruling, New Patriotic Party, NPP, the former will stay in power for over two decades.

Ampaw, who classifies himself as pro-NPP warned on Accra-based Okay FM that the NPP’s fixation on rule of law and enforcement of same is not good for their political fortunes.

“If NDC comes to power, they will govern for 24 years, the hunger that will afflict you (NPP members) in this country will be no joke,” he advanced.

Asked whether he was pained that the NPP had abandoned him in his time of need, he said he was being truthful especially with the way and manner in which the NDC was tackling the government of Nana Addo Dankwa Akufo-Addo.

“When he (Akufo-Addo) started his second term, it is not up to a year but Mahama and his people are not giving him breathing space and they are gradually losing power. It is being eroded gradually and I am warning them.

“Because the NDC has decided that eight years is enough, it is their turn, so they are going to make the government unpopular by putting pressure and making all kinds of threats … all the government is doing is sitting down and talking rule of law.

He continued: “If they (NDC) come to power, the Electoral Commission chair and the Chief Justice will be the first to be sacked followed by all persons perceived to be NPP, they will remove you from office and they will bring their own and for 24 years (they will be in power).

“They will go for the third term. You sit back and be joking with power and going on and on about rule of law and ‘I don’t want to intervene’,” posture.

The NPP have won the last two General Elections, the party has intensified its ‘Break The Eight’ agenda, aimed at retaining power beyond the two-term limit where a ruling party loses power under the Fourth Republic.