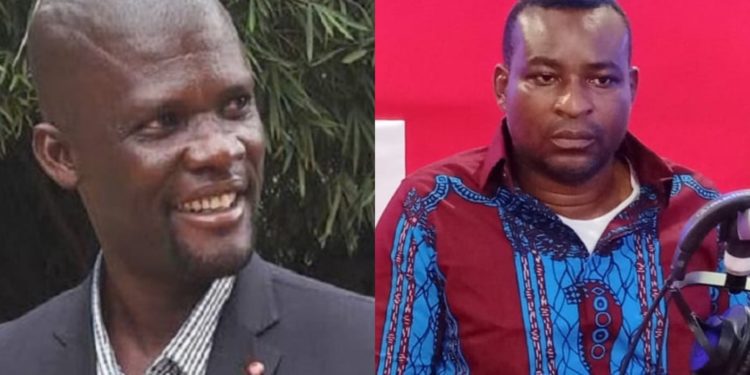 105
SHARES
586
VIEWS
Share on FacebookShare on TwitterShare on WhatsApp

According to the former constituency chairman, his decision to campaign against the re-election of Chairman Wontumi in the party’s upcoming internal elections has caused the regional chairman to make him a target.

“If you kill me, you’ve not killed anyone. But so far as Dampare (Inspector General of Police) exists, if I die today everyone will get to know it was Wontumi that contracted people to kill me.

“I’ve been threatened and no one would have threatened me if I had not spoken about him,” he stated in an interview with Neat FM monitored by GhanaWeb.

Meanwhile, NPP executives in the Fomena Constituency have dissociated themselves from what they describe as embarrassing behaviour of Mr. Kwasi Nti.

The executives in the statement have cautioned Mr Nti to desist from the behaviour which they described as uncouth or incur their wrath.

According to the executives, they have observed the disdain in recent outbursts of the former constituency chairman against the personality of the Ashanti Regional Chairman, Bernard Antwi Boasiako aka Chairman Wontumi.

“We are appalled by the recent behaviour of our former Constituency Chairman and wish to dissociate ourselves from it. We want to state emphatically that Mr. Kwasi Nti is only engaging in unjustified personal vendetta which has nothing to do with the development of our dear party,” they noted.

The executives say the reckless attitude of Mr Nti cost the ruling party in the 2020 general elections, leading to the party losing the Fomena seat to an independent candidate.

They say despite claims by Mr Nti that Wontumi failed to fulfil a personal promise made to him in support of his Regional Chairmanship, the former constituency chairman has profited dearly from his association with Wontumi since the NPP came to power in 2016.

If NDC wins 2024 elections, they will be in power for at least 24 years – Maurice Ampaw