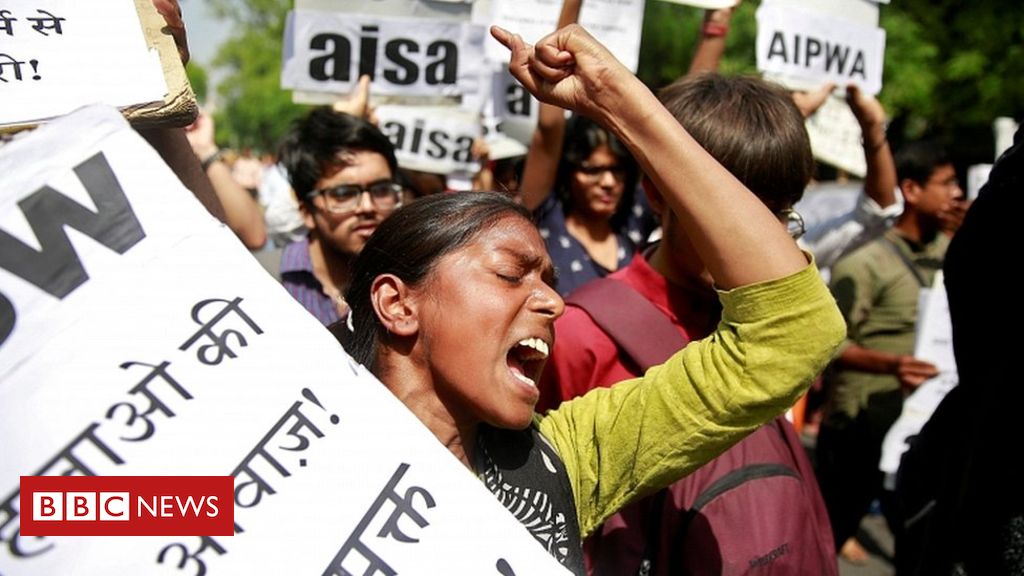 Police in India have launched a manhunt after a six-year-old girl was abducted outside her home in Madhya Pradesh state and raped.

The attacker inflicted severe injuries to the child’s eyes, in an apparent attempt to stop her identifying him.

She is in a critical condition in hospital in Jabalpur city, police told the BBC.

Police said that the girl had been playing with friends near her home in a village in Damoh district on Wednesday evening when she was abducted. She was found on Thursday morning, unconscious with her hands tied, in an abandoned building in the village.

“We found that her eyes were damaged by the accused, who also inflicted injuries on her face,” district superintendent Hemant Chauhan told the Press Trust of India (PTI) news agency. “Doctors are operating on her eyes.”

A reward of 10,000 rupees (£100) has been offered for information leading to an arrest. Supt Chauhan said some suspects had been questioned and police hoped to make an arrest soon.

Rape and sexual violence have been under particular spotlight in India since the 2012 gang-rape and murder of a young woman on a bus in the capital, Delhi. That attack led to huge protests and changes to the country’s rape laws, but there has been no sign of crimes against women and girls abating.

According to recent crime figures, every fourth rape victim in India is a child. In an overwhelming number of rape cases, the victims know the perpetrators.

In February, a 25-year-old man was arrested for allegedly raping a five-year-old girl on the premises of the US embassy in Delhi.

In November, the gang rape and murder of a 27-year-old vet in the southern city of Hyderabad also made global headlines and triggered protests.