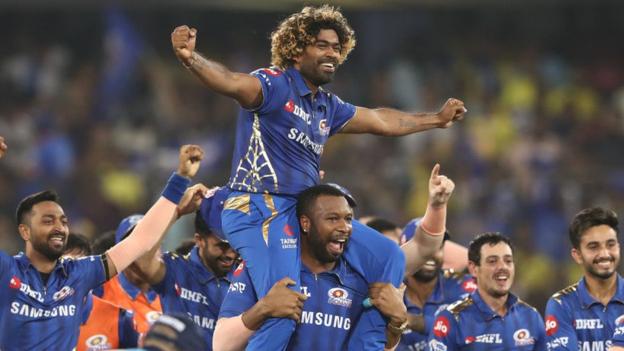 The 2020 Indian Premier League has been suspended “until further notice”, the Board of Control for Cricket in India (BCCI) has announced.

The Twenty20 competition, originally due to start on 29 March, was postponed because of the coronavirus pandemic.

On Tuesday, India’s lockdown was extended until 3 May.

“The health and safety of the nation and everyone involved in our great sport remains our top priority,” the BCCI said.

Under the lockdown rules in India, only essential businesses, such as groceries and pharmacies, are allowed to remain open.

In a statement on Thursday, the BCCI said all parties involved had agreed that the tournament “will only commence when it is safe and appropriate to do so”.

No date has been suggested for when it could be held.

Eleven England players were due to take part in this year’s IPL, including World Cup winners Ben Stokes, Eoin Morgan and Jos Buttler.

Stokes’ contract with Rajasthan Royals was worth about £1.4m, while Morgan, Buttler and Sam Curran were handed contracts worth approximately £500,000.

The other players who will miss out are Chris Jordan, Jonny Bairstow, Moeen Ali, Jason Roy, Tom Banton, Tom Curran and Harry Gurney.

Jofra Archer pulled out of his contract with Rajasthan because of injury, while Chris Woakes cancelled his deal with Delhi Capitals to focus on England’s international summer.

All 12 editions of the IPL – a lucrative annual event which began in 2008 – have taken place at some point between the beginning of March and the start of June.

The 2009 tournament was moved to South Africa because of security concerns, while the 2014 competition was partly held in the United Arab Emirates when the dates of the event again clashed with general elections in India.