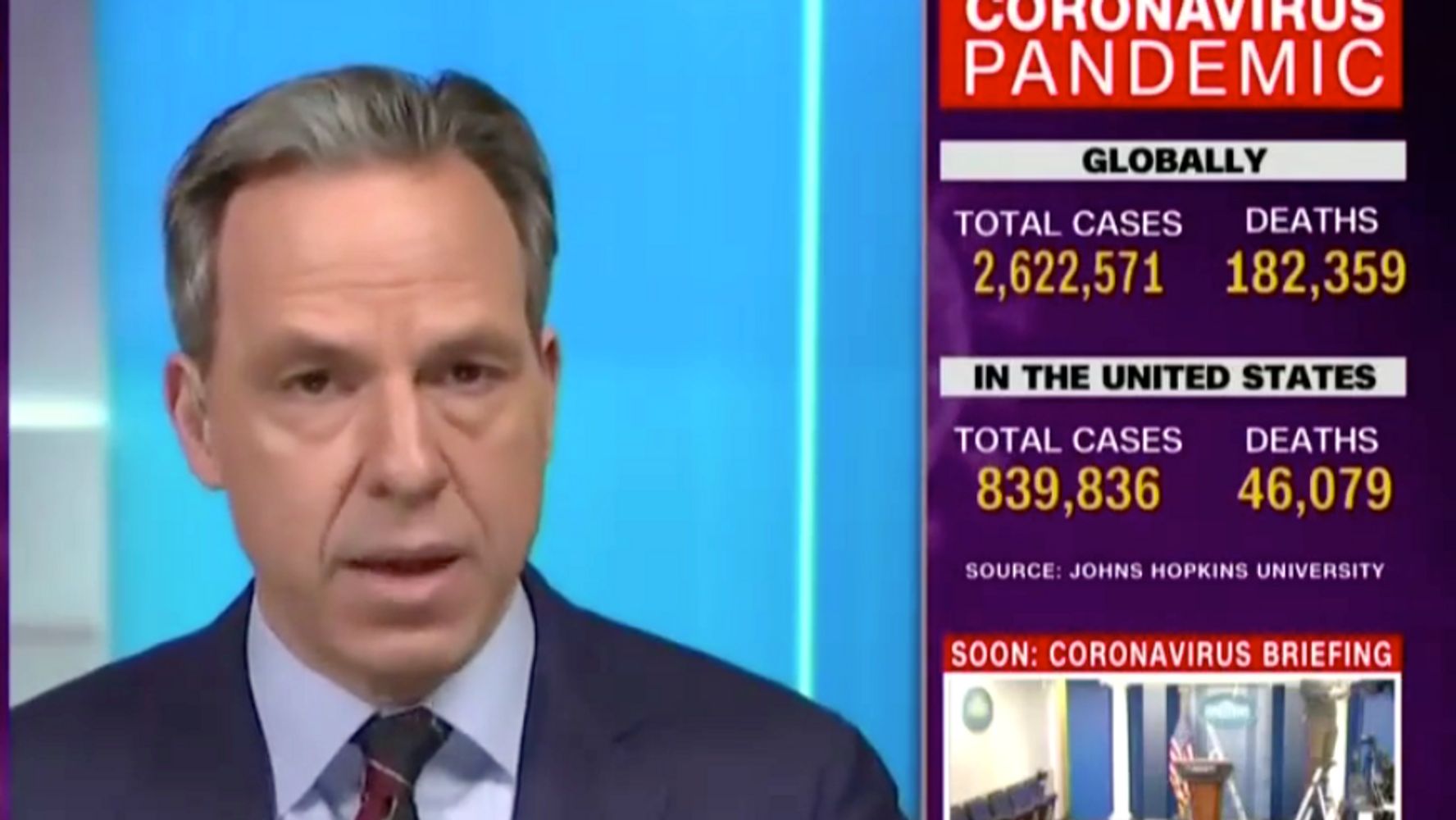 “The idea of politics and the president’s personal ego being placed above science reminds me of President Trump with the hurricane,” the CNN anchor said during a discussion about a top vaccine official who was removed from his post for allegedly questioning hydroxychloroquine ― the unproven anti-malarial treatment pushed by Trump as a COVID-19 treatment.

“But you can’t Sharpie a drug into acceptability and scientific acceptance. It doesn’t work that way,” Tapper added.

Tapper was referring to an incident during Hurricane Dorian last year when Trump used a map of the storm’s trajectory that was altered with a black marker so that it would include Alabama after he was criticized for mistakenly identifying the state as being on the storm path. Months later, emails released from top weather officials revealed the bedlam that ensued in the midst of a weather crisis as scientists scrambled to respond to the political debacle.

Tapper made the reference in light of news that Dr. Rick Bright, who led the Department of Health and Human Services’ Biomedical Advanced Research and Development Authority, was abruptly dismissed this week for allegedly refusing to comply with “efforts to fund potentially dangerous drugs promoted by those with political connections.”

In a statement provided to The New York Times Wednesday, Bright said he had pushed for rigorous vetting of hydroxychloroquine and called for “scientifically vetted solutions” instead of drugs, vaccines and technologies that “lack scientific merit,” then was subsequently shuffled to a narrower role at the National Institutes of Health. He also accused the administration of putting “politics and cronyism ahead of science.”

Trump had been endorsing hydroxychloroquine as a coronavirus treatment for weeks, despite numerous experts, including those on his own task force, sounding the alarm that it was not proven to be effective or safe. However, the president’s enthusiasm appeared to cool this week in light of new findings from a small U.S. study which indicated the drug provided no benefit to patients and caused more deaths than in cases receiving standard care.

When asked at his daily briefing about Bright’s ouster, Trump said, “Maybe he was and maybe he wasn’t; I don’t know who he is.”

Tapper noted that Bright’s account was “quite believable” given the president’s  “long record of not believing in science and official medicine.”