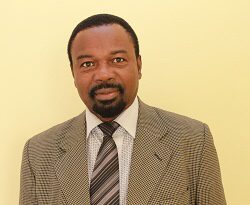 30
SHARES
168
VIEWS
Share on FacebookShare on TwitterShare on WhatsApp

A member of the Justice Koomson Committee that probed the Ejura disturbances, Dr. Vladimir Antwi-Danso, has chided the family of the late Ibrahim Mohammed, popularly known as Kaaka, following its criticism of the committee’s report.

Dr. Antwi-Danso on Eyewitness News indicated that the family had no right to criticize the committee’s work.

“They do not have the right to question us because they did not send us. We did the best of work and we do not owe anyone an apology. The work has been done meticulously,” said Dr. Antwi-Danso.

The brother of the late Kaaka, Nafiu Mohammed on Monday said the findings and recommendations of the committee were completely problematic

The committee particularly said it did not think that per the testimonies it received, Kaaka was killed as a result of his activism, and that his killing may be connected to a family feud.

“Going through the document, you will realize that there are a lot of factual inaccuracies. But what can we do? It is human beings who sat before four individuals, and they came out with this, so we have to study it. But generally. I have problems with everything about the findings and recommendations.”

“We have lived for centuries and there is no feud among us. We think that in the law court, we can examine some of the testimonies because some of the witnesses knew they were going to peddle falsehood, so they went in camera. So to be frank, we are not happy with the report, it contains a lot of speculations and factual inaccuracies.”

Dr. Antwi Danso however insisted his concerns were unfounded, as the committee was not tasked to probe Kaaka’s killing.

He believes the family should channel their concerns to the Criminal Investigations Department (CID) and not the committee or its work.

“We made it clear that we did not come to investigate Kaaka’s [killing]. What happened to Kaaka is a criminal thing and nowhere in the world is criminality investigated by the committee. It is the work of the CID and they have not finished their work. The Committee has no right towards the CID, and Kaaka’s family should have an interest in the CID, not our committee.”

The committee in its ten recommendations recommended compensation for the affected families and persons.

It also recommended the transfer of the Police commander of Ejura and the removal of the MCE of the area.