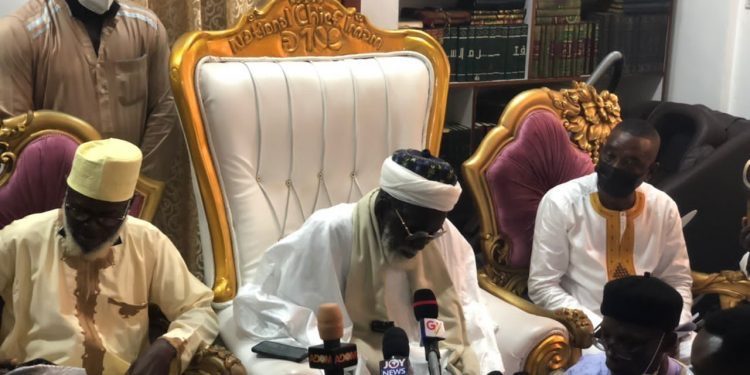 12
SHARES
68
VIEWS
Share on FacebookShare on TwitterShare on WhatsApp

The family of the late social activist, Ibrahim Mohammed, also known as Kaaka is appealing to the Chief Imam to add his voice to calls for a speedy trial of the case to bring the perpetrators of the crime to book.

Kaaka was killed in Ejura in the Ashanti Region in June 2021.

His death, which sparked a protest in the community also led to the killing of two persons by security personnel dispatched to control the crowd.

Three suspects are currently standing trial for their alleged role in Kaaka’s death.

The legal advisor for Kaaka’s family, Oliver Barker-Vormawor, who’s also the convener for the #FixTheCountry Movement, made the call when the family visited the Chief Imam on Tuesday, August 24, 2021

We are appealing to the National Chief Imam to push for justice for these Muslim brothers. We believe that he has a very strong voice in the country. No law Court can provide the justice his voice can provide. We implore him to use the authority that has been bestowed on him to help get justice.”

In response, the Chief Imam, Sheikh Nuhu Sharubutu, tasked his advisory board to follow up on the investigations into the killing of Kaaka.

The spokesperson for the Chief Imam, Sheikh Armiyawo Shaibu said “I am also concerned that nothing has come out of the investigations yet. I will get my advisory board involved in finding out why the process has been stalled and possibly fast-track the process.”

Meanwhile, the Spokesperson for the family, Nafiu Mohammed, has called on the government to release the report presented by the three-member committee that investigated the disturbances at Ejura following the death of Kaaka.

“We were told at the beginning of the Committee’s work that the emphasis was not on finding out the cause of Kaaka’s death. But we believe that the people of Ejura need justice, those who were shot at the protest need justice. The report has taken too long, we don’t know what could possibly be stalling it. We want it to be out as soon as possible.”