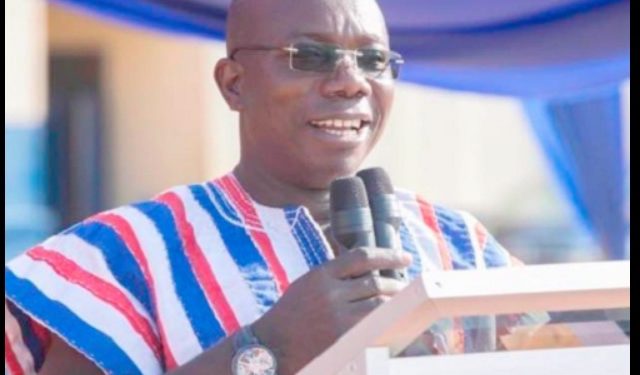 The Director of Elections for the governing New Patriotic Party (NPP), Evans Nimako, has expressed optimism that the electorate will vote for his party again in the 2024 presidential and parliamentary elections to enable the NPP continue implementing all the developmental projects.

According to to him, several projects and interventions instituted by both the first NPP government under John Agyekum Kufour and presently under Nana Akufo Addo show how effectively the economy is being managed.

He said there is always value for money when it comes to developmental projects and management of the economy under an NPP government as against that of the opposition National Democratic Congress (NDC).

“We are certain that the good people of Ghana will give us the mandate to continue. It is mainly based on the performance of the government. We saw lots of developmental programs initiated and implemented under the leadership of his Excellency J. A Kufour and we are seeing same under President Akufo Addo.

“Seeing how the Ghanaian economy is being managed, the economy, the pro poor programs that are being implemented and benefitting majority of Ghanaians… I am sure they will be ready to endorse the NPP come December 2024.”

He says the announcement of the government’s infrastructure promise of building 111 hospitals across the country, has sent shivers down the spine of the NDC indicating that “the NDC has become jittery to the extent that the ‘Thank You’ tour of former president Mahama is not catching the attention of the good people of Ghana”.

Mr. Nimako further indicated that “under NDC, we never had value for money so if the NPP is coming out with such monumental programs, that will positively impact the lives of Ghanaians, it will definitely send some chills down the spine of the NDC.

“I am not surprised Mr. Mahama is not happy about the new regions that were created, they {NDC} are not happy that we are doing agenda 111, they will still not be happy in the manner with which the free SHS is being conducted and managed.

“…but I think that largely, majority of the people are seeing the good work of the NPP and will endorse us again come December 2024.”