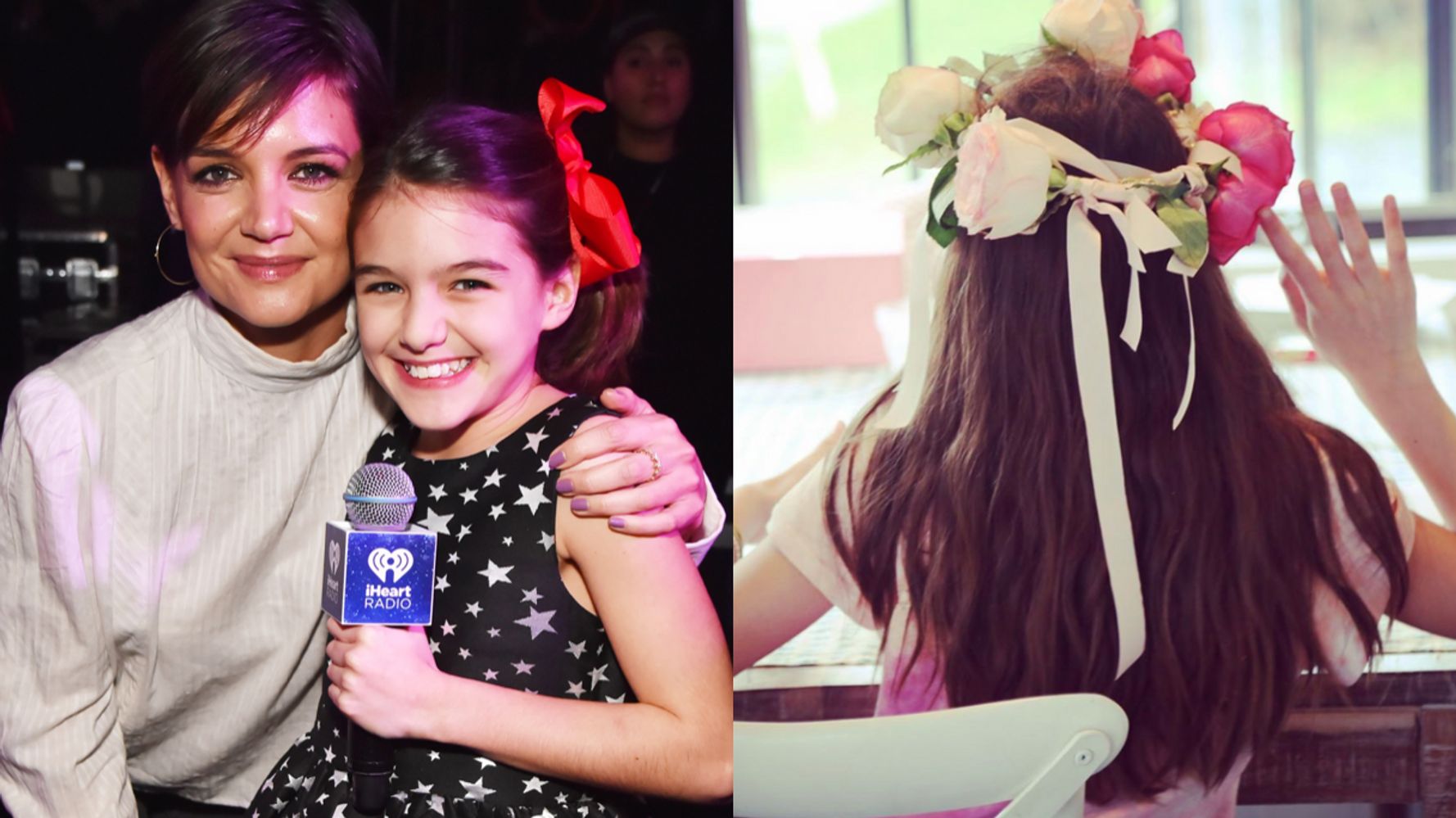 Katie Holmes has every reason to keep her family life private after being subjected to the media frenzy around Suri, her daughter with Tom Cruise.

In the years since the two actors famously divorced, the “Dawson’s Creek” alum has been an ever-dedicated mom to Suri, who has grown up largely out of the public eye.

But as the years have gone on, Holmes appears to have become comfortable reintroducing her child to the world ― occasionally appearing together on stage at a concert or seated court side at a basketball game.

Now, she’s celebrating her daughter’s 14th birthday on Instagram, where she posted a sweet message on Saturday.

“Happy Birthday Sweetheart!!!!!!!,” she wrote, adding a handful of heart emojis. “I am so blessed to be your mom. May this year be incredible!”

Holmes posted the caption alongside a photo of what looks like a “happy birthday” banner crafted out of wood, with floral accents.

Flowers were apparently this year’s birthday theme, as Holmes shared a rare photo of Suri the next day, revealing her daughter’s special-occasion hair accessory.

In the photo, Suri is pictured at a table rocking a floral crown made out of white and pink roses.

Holmes opened up about her parenting approach in ﻿a March interview with InStyle, describing the teen as “pretty special” in spite of the obstacles the two have faced.

“I love her so much. My biggest goal has always been to nurture her into her individuality. To make sure she is 100 percent herself and strong, confident, and able,” Holmes said.

“She came out very strong — she’s always been a strong personality,” Holmes continued. “She’ll pick an activity and work her butt off until she’s really good at it. Then she’s like, ‘OK, I’m going to try the next thing.’ She’s very focused and a hard worker.”

Holmes also reflected on the media’s fascination with Suri when she was younger, calling the period of time “very intense.”

“We were followed a lot when she was little,” she said. “I just wanted her outside, so I would walk her around to find parks at, like, 6 in the morning when nobody would see us.”

As for Tom Cruise’s relationship with his lookalike daughter, the “Mission Impossible” star reportedly hasn’t seen her in years following his divorce from Holmes in 2012.

While Holmes has primary custody of the child, Cruise was granted “generous visitation” privileges per their initial agreement. However, he’s previously pushed back against the claim that he “abandoned” his daughter.

In 2013, Cruise filed a $50 million defamation suit against OK! Magazine’s parent company, Bauer Media, over allegations that he’s not in Suri’s life. The suit was settled out of court in 2013 for an undisclosed amount.

Despite their ups and down throughout the years, Holmes has previously said she prioritizes her daughter above all else.

“It’s very important that I’m present and she has a stable, innocent childhood,” the actor said in 2017. “I feel so blessed to do what I do, but there’s nothing in the world better than watching your child succeed.”

‘You Can Catch Covid-19 More Than Once’ | Health

‘You Can Catch Covid-19 More Than Once’ | Health