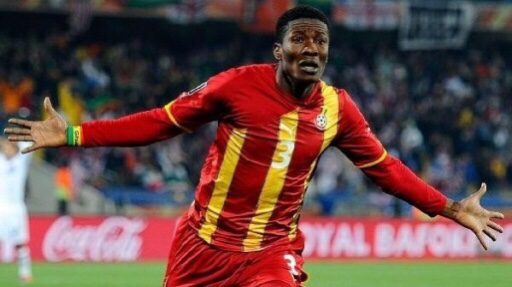 25
SHARES
137
VIEWS
Share on FacebookShare on TwitterShare on WhatsApp

The broadcasting legend does appreciate that Ghana’s all time top scorer is not fully active but still feels the former Sunderland and Al-Ain forward will add some bite to Coach Charles Akonnor’s team.

“I would want to urge to FA to make Asamoah Gyan a part of Ghana’s team for the Cup of Nations. If not to play he has a wealth of experience and has a lot of inspiration to give to the players. His presence alone can serve as great inspiration for the players so I want the FA to make him a part of team Ghana,” he said on the Joy Sports Link.

“His expression of desire to play again for Ghana shows his level of passion and commitment to the national cause. I guess it’s the reason he gets maligned castigated and lampooned for the least he does.”

The SWAG President continued to explain that Gyan is a distinguished personality and regarded greatly around the world, considering how much he has done compared to the many strikers the nation has produced.

“Considering that he is Ghana’s all-time top scorer and highest scoring African at the FIFA World Cup tells us that it is no easy achievement.”

“As to whether he is ready to don the national jersey again is another conversation all together,” the SWAG. President added.

He also did acknowledge the fact that injuries ruled Gyan out most of the time for his side Legon Cities the last season in the Ghana Premier League.

We do know that at the last Nation’s Cup in Egypt, the then coach of the side Kwesi Appiah brought him on as a substitute in one or two games and we saw what impact he made”

“And whether he makes it to Cameroon or not, he should know that the people reserve a place of pride for what he has done for the nation. But as it is always said a prophet is not honoured in his own home.”

Even if there are one or two negative comments along the way, he should know that Ghanaians love and admire him for what he has done. Gyan has paid his dues to this country and we must respect him for that. We doff our hats to him and others for serving this nation diligently and consistently. What his has done for this country and will forever respect him for what he has done.”

Gyan, nicknamed the Baby Jet, recently expressed the desire to play again for Ghana at the Nations Cup during the AFCON 2022 Draw in Yaounde, Cameroon.

He admitted he had put on weight and knew what to do to get back in shape. It is unclear whether he will renew his one year contract with Ghana Premier League side Legon Cities.

Gyan’s six goals at the FIFA World Cup make him Africa’s highest scorer at the tournament. He is also one of only two players who have featured in all of Ghana’s three World Cup appearances so far.

He scored 51 goals in 109 appearances for Ghana to emerge all-time top scorer.