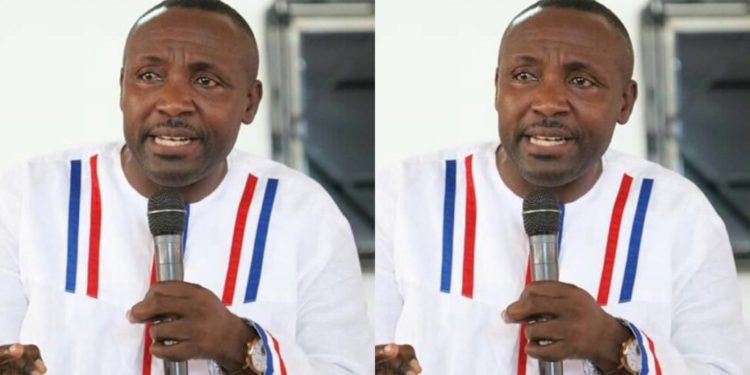 74
SHARES
411
VIEWS
Share on FacebookShare on TwitterShare on WhatsApp

Just as it was expected, the New Patriotic party has started with their attack on Alban Bagbin something which was highly anticipated.

Considering events which preceded the election of Mr Bagbin with characters like Carlos Ahenkorah doing everything to stop the process from going on, it was predicted by many that the NPP will find means to either attack the speak with words or in worse situations call for his removals from office and John Boadu is giving a lead already in that.

General Secretary of the governing New Patriotic Party (NPP), John Boadu has asked members of the general public to disregard comments reported to have been made by the Speaker of Parliament, Alban Kingsford Sumana Bagbin.

The comments, according to Mr Boadu, were to the effect that the Speaker had told a delegation of the Ethiopian Parliament, that he [John Boadu] was on record to have admitted that the Parliament of Ghana had gone in favour of the opposition NDC, and so, the NPP had to resort to other means to win back some seats.

“They would have had a minority in parliament with a president. Their General Secretary even announced it, but they, last-minute, made some movements and some seats were snatched. That one is a statement of fact”, Bagbin was reported to have said.

However, Mr Boadu said the claims of the Speaker are not true. He insists he did not make such comments anywhere.

“The claim by Rt. Hon. Alban Bagbin is a blatant falsehood as the General Secretary [John Boadu] had, at no point, made any suggestion or announcement to that effect. Indeed, records have it that, in all the post-election press conferences and media engagements, the NPP, through its General Secretary and other leading members, had always maintained that it had won a majority of the parliamentary seats,” he said.

According to him, he recalls an occasion when he has had reason to point out to the NDC it was possible for a party to win majority seats in Parliament and lose a presidential election. This, he said was at a time when the NDC had claimed they won more seats in Parliament and should necessarily be declared winners of the 2020 presidential elections.

Mr Boadu said the phenomenon of “skirt and blouse voting” which has become a regular feature of Ghanaian general elections, made nonsense of the NDC’s proposition. He said he cited some instances where parties have won in the parliamentary but lost in the presidential at the regional level.

“As to how on earth Alban Bagbin and the NDC would interpret this analysis, which was based on facts and data at the time, to mean that Mr John Boadu was conceding that the NPP had lost the nationwide parliamentary elections to the NDC, can only be a monumental defiance of logic,” Mr Boadu noted.

Mr Boadu thus advised the Speaker to “to rise above petty partisanship” while entreating the public to “to treat his recent unsubstantiated claim with all the disdain that it deserves”.