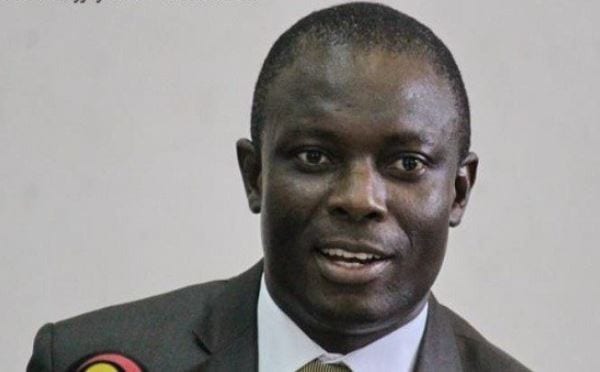 8
SHARES
45
VIEWS
Share on FacebookShare on TwitterShare on WhatsApp

Deputy Finance Minister and Member of Parliament for Obuasi West, Mr. Kweku Kwarteng has ordered the arrest of an Obuasi-based Journalist (name withheld) who was tagged by Kevin Taylor in his Facebook post – LoudSilenceRadio.com can confirm.

In a Facebook post, Mr. Kevin Taloy yesterday broke the news that the Deputy Finance Minister, Kweku Kwarteng has tested positive for COVID-19 but has failed to make public his status.

In the said post, Mr. Taylor tagged the Obusai-based journalist. This according to sources at the Obuasi Police, the journalist was arrested over a complaint filed against him by Mr. Kweku Kwarteng at the Police Headquarters in Accra over bing tagged by Mr. Taylor in his post.

According to the Police Officer who spoke to LoudSilenceRadio.com, the journalist though said he was only tagged in the post and that he was not the originator of the said publication, the Police insisted he must write his statement.

Reacting to the news of the arrest of the journalist in a facebook post sighted by LoundSilenceRadio.com, Mr. Kevin Taylor gave the MP 24hour to make his COVID-19 status public or “Else” whiles insisting his MP has tested positive for the deadly virus.

“Obuasi west MP and deputy Finance minister KWEKU KWARTENG has tested positive of COVID-19. He is going around arresting people for commenting on my post. KWEKU KWARTENG MAKE YOUR STATUS PUBLIC IN 24 HOURS OR ELSE” – Mr. Taylor writes.