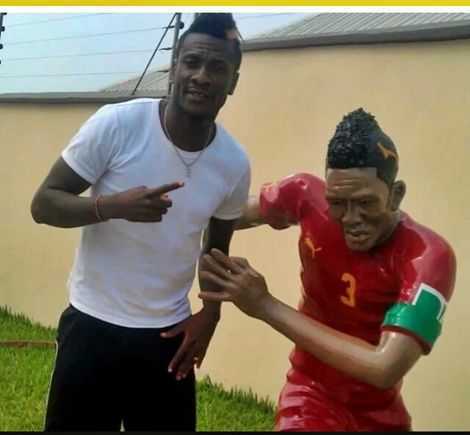 19
SHARES
108
VIEWS
Share on FacebookShare on TwitterShare on WhatsApp

The only player who made the list outside Asamoah Gyan’s Black Stars playing mate was the Maestro Abedi Pele Ayew, the three times African Footballer of the Year.

The surprise exclusion from the list is Andre Ayew who is Ghana’s all-time top scorer in the Africa Cup of Nations (AFCON).

Andre could have played either in the left or right middle of the team, but Asamoah Gyan preferred two of the players who made a meaningful contribution to his goal-scoring feat in the Black Stars Laryea Kingston and Sulley Ali Muntari.

Asamoah Gyan settled on Richard Kingson who featured for Ghana in two World Cups and several other Africa Cup of Nations as the shot-stopper.

The former Sunderland striker in a back-four chose John Paintsil on the right full-back, Hans Adu Sarpei on the left-full back and Samuel Osei Kuffour and John Mensah as the centre-backs.

Abedi Pele was utilised as the play-maker of the team or as a second striker to support Gyan who will lead the attack as the arrowhead.