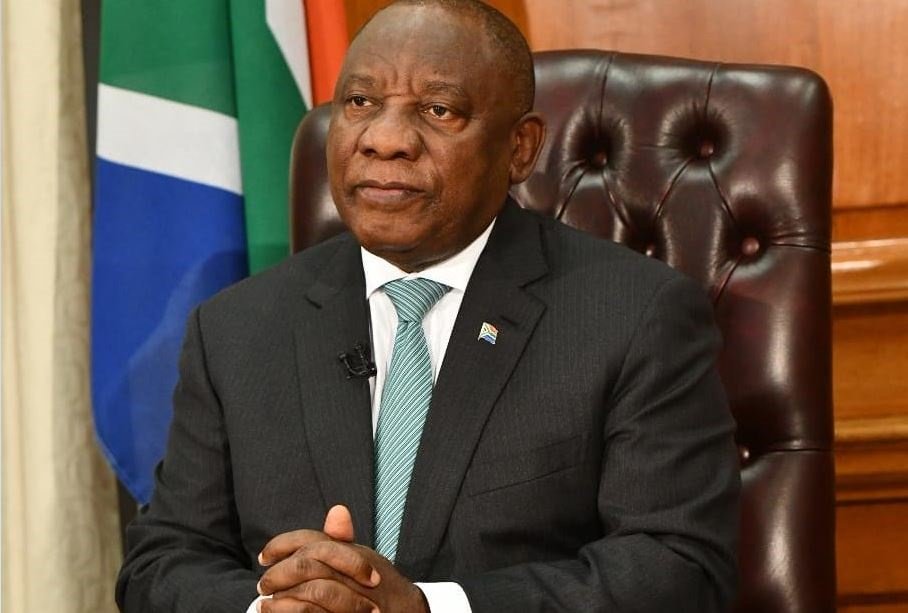 President Cyril Ramaphosa has announced South Africa’s biggest spending plan – a once-off stimulus injection into the struggling economy – in response to the Covid-19 pandemic that has led to a lockdown for the last 28 days.

The plan to inject R500 billion into a social and economic support package is the country’s biggest one-time fiscal outlay and is almost 10 times the amount spent in preparation for hosting the soccer World Cup 10 years ago.

“Many of the measures announced echo those the DA has been calling for to safeguard not only the lives, but also the livelihoods, of millions of South Africans hit hard by the lockdown to contain the spread of Covid-19. The president has our support in rolling out these interventions. He also has our support for the economic reforms he committed to because without such reforms, this R500 billion injection will be short-lived and ultimately wasted.”

Steenhuisen said it was encouraging that Ramaphosa spoke of approaching institutions such as the International Monetary Fund (IMF) and World Bank for a portion of the funding for this package, particularly since these institutions have made available low interest, unconditional loans specifically for Covid-19 relief.

“It is also encouraging to hear the president speak of a phased re-opening of the economy following on a risk-adjusted approach based on scientific evidence. This is essentially the smart lockdown plan the DA proposed last week, and is critical to starting our economy up again. We look forward to the details of this plan.”

The EFF said while it welcomed the core aspects announced on social relief, it would await the details of the additional economic measures that Ramaphosa said would be communicated during the course of the week.

“The EFF notes the increase in the health budget, particularly the purchase of critical healthcare essentials such as personal protective equipment (PPE) and clothing, an increase of healthcare infrastructure and an increase of healthcare personnel. We, however, demand that that South Africa should use this opportunity to localise the manufacturing of all PPEs with an acknowledgment that these will be needed in the entire African continent. The Industrial Development Corporation and all other state-owned development finance institutions and financiers should build as a matter of urgency local capacity to manufacture quality healthcare equipment and protective clothing,” EFF national spokesperson Vuyani Pambo said.

The party said it would be a “travesty of economic justice” if the increased budget ended up in the pockets of middlemen and external suppliers from China and other parts of the world.

The EFF said the increase of social grant would go a long way in mitigating the poverty and starvation that defines a substantial majority of, particularly black people.

“We also welcome the introduction of a Basic Income Grant for all unemployed South Africans and believe that it should be institutionalised as part of social relief for the unemployed even after the containment of the spread of Covid-19.

“We note that the government is exploring different strategies and plans in the distribution of food, one which will prevent local politicians from ruling parties and administrators from stealing food meant for poor people. We demand that in the ultimate end, no politician should be involved in the distribution of food because they have proven that they do so on a partisan-political basis, nepotism, and theft.”

ALSO READ | ‘We shall recover. We shall overcome. We shall prosper’ – Ramaphosa on war against Covid-19

The party said the government should diversify the entire food value chain in South Africa “because it is currently dominated by a combination of predominantly white farmers at the production level, multinational companies at the packaging levels and huge local chain stores at the retail level”. To reflect the demographics of the country in terms of ownership and control, black, small-scale food producers should be integrated into the value chain and provided with the necessary support, Pambo said.

It also noted interventions in relation to small and medium businesses; the announcement to provide social relief packages to all South Africans in the arts, recreation, and sports fraternity; and the phased reopening of the economy, saying it would “not agree with a reopening of the economy that will place our people in danger”.

However, the EFF said it remained opposed to the consideration of the IMF and World Bank as sources of the economic stimulus and relief package, saying these loans came with restrictive conditions which would deprive South Africa of its fiscal and monetary policy sovereignty in the future.

The party said that, in his next national address, Ramaphosa must announce comprehensive and workable interventions to salvage the 2020 education calendar.

The IFP welcomed Ramaphosa’s announcement on socio-economic relief measures to stabilise the economy and to protect jobs.

“However, we are cautiously optimistic that the additional funding and relief measures will indeed reach the individuals this relief package was intended for,” IFP spokesperson Mkhuleko Hlengwa said.

“We welcome additional support for unemployed South Africans who are not receiving any financial assistance from the UIF (Unemployment Insurance Fund) or Sassa (South African Social Security Agency) over the next six months. The child, pension and disability grant increases are welcomed.”

The party further welcomed measures to assist the private sector and small, micro and medium enterprises through the additional measures announced to save three million jobs.

“We await further announcements on the tabling of the adjustment budget by Finance Minister Tito Mboweni and social-relief measures by Social Development Minister Lindiwe Zulu in the coming days.

“Within only 25 days into the nationwide lockdown, we have seen the machinery of government at work and we commend the efforts of all South Africans, in particular our healthcare workers,” Hlengwa said.

“The IFP echoes the sentiments expressed by Ramaphosa that the damage and impact on the economy is severe; yet, we are hopeful that we will overcome these socioeconomic challenges together.”

The party said its foremost priority was to delay the spread of Covid-19 and to try and flatten the curve.

“The IFP reiterates our call on South Africans to comply with the regulations of the nationwide lockdown and to stay safe and remain indoors.”

FF Plus: ‘A step in the right direction’

The Freedom Front Plus (FF Plus) said Ramaphosa’s economic stimulus package was a “step in the right direction”.

“There are certain aspects of the stimulus package that are lacking in detail and the FF Plus is of the opinion that the payment of newly designated social grants should be approached with caution as people will quickly become dependent on it and can then be difficult to remove in the future,” FF Plus leader Pieter Groenewald said.

He added that it was important not to create dependence on the state, but rather to create jobs and business development.

“The focus on the poor and vulnerable of the country is strong, but it is important to take into account that the definition of ‘vulnerable’ in South Africa has changed. People who were not vulnerable before the restriction and were part of the middle-income group who then provided employment, are now vulnerable.

“It is important that the country’s budget be reprioritised. Important aspects include the allocation to the health budget, relief from hunger and other social problems, assistance and support to businesses and the unlocking of the economy,” Groenewald said.

The FF Plus said it agreed with the approach of phasing back the economy based on a risk analysis of different sectors.

“It is the logical approach to follow the steps that needed to be taken to address the pandemic locally. The party also stands by its position that no aid may be linked to conditions of empowerment. Equality must apply.

“The details of business loans are largely missing and it is not clear what the repayment agreement will entail. Issues such as the interest rate and whether it will be on a deferred-repayment basis are not known.

“The FF Plus has already made several proposals on how to unlock the economy. The risk analysis is one of these, which allows certain provisions to be lifted to make it possible for people to go back to work and for businesses, such as sole proprietors, to start functioning. The FF Plus hopes that this will be accounted for in Ramaphosa’s recommendations on Thursday.”

ANC: ‘We commit to play our robust oversight to ensure that the relief reaches beneficiaries’

ANC chief whip Pemmy Majodina further welcomed strides made on the health front through the mass screening and testing community-based initiative undertaken thus far and saluted health workers on the front line “for their heroic efforts amidst many challenges”.

“We further call on our communities to present themselves for this mass screening and testing initiative as well as adhere to hygienic and preventative measures outlined by the Department of Health.

“The far-reaching, multi-pronged, three-phase approach will see measures such as tax relief; release of disaster relief funds; R500 billion social relief and [an] economic support package that will be outlined in the next few days, including support to companies in the forms of tax relief and the UIF wage support.”

Acknowledging that the measures announced are a product of a social compact between government, business, labour and the Nedlac Community Constituency, Majodina welcomed the “sense of great patriotism and selflessness that accompanied this social compact”.

“As the ANC in Parliament, we welcome these measures as they will alleviate hunger in the most vulnerable communities, especially amongst the unemployed, children, women and the aged, as well as assist municipalities in bringing about emergency water services, sanitation of public transport, public infrastructure, food and shelter for the homeless.”

The ANC said it was committed to playing its role in “robust oversight” to ensure that the said Stimulus Disaster Relief reaches intended beneficiaries.

“We further encourage and call upon all civil servants responsible for carrying out this national mandate to rise to the occasion and implement all these decisions diligently in a non-partisan manner,” Majodina added.

A ‘challenge’ for President Putin and the world

No Contamination Found In Our Products – COA Herbal Center

No Contamination Found In Our Products – COA Herbal Center