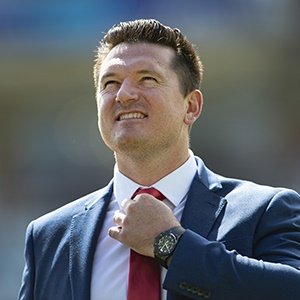 Saturday’s ministerial briefing was not good news for the South African sporting world as hopes of getting professional competition back on television screens received a massive blow.

That much was confirmed by Nkosazana Dlamini-Zuma, minister of cooperative governance and traditional affairs, who was giving draft guidelines on what would be allowed during level four of the national lockdown as the fight against the coronavirus crisis continues.

Organised sport remains banned, which means that clubs and franchises still cannot train together while a return to playing action is still some way off.

Professional sport around the world has come to a standstill as a result of the pandemic and the economic impacts are obvious.

Of South Africa’s three major sporting codes, cricket had appeared to be the least impacted given that the 2019/20 domestic season was almost wrapped up when the lockdown first hit last month. The South African Cricketers’ Association (SACA) has also confirmed that there is enough money in reserves to ensure that all the country’s contracted professionals will be paid up until the end of the 2020/21 season, regardless of what happens.

Sport24 understands, however, that Cricket South Africa (CSA) has secured a lucrative incoming T20 tour from India that is due to take place at the end of August.

The tour was set up by Director of Cricket Graeme Smith and acting CEO Jacques Faul on a recent trip to India.

Even if that series was to be played behind closed doors, it would still provide a major cash injection for CSA in the tune of around R180 – R195 million when broadcast deals, advertising and sponsorships are all considered. The international public demand for matches involving India means that each T20, according to Faul, could generate between R60 – R65 million for CSA’s coffers.

Faul added that playing the series in empty stadiums would not be a major issue given that, for tours like this one, the money generated from the gates would only account for between 5% to 10% of the income for the entire tour.

“We can definitely play behind closed doors and still make revenue out of it,” Faul added.

While losing the series would be huge, Faul and CSA are confident that it will go ahead.

“We’re quite confident that we could be on level three by then, but you still need international travel to open up and that’s probably your biggest issue,” he said.

“For us, the big due date is end of August.”

The possibility of moving the series to a neutral venue, like Dubai, would also be explored by CSA should it get to that.

The series would serve as crucial preparation for the Proteas’ T20 World Cup in Australia in October as, under the current lockdown regulations, no national cricket camps can be held.

Faul added that if the current lockdown restrictions still applied heading into August, CSA would approach government for guidance. At present, however, the sport has not yet been impacted on any great scale economically.

SA Rugby, meanwhile, has announced plans to host a domestic competition as an alternative to Super Rugby should Sanzaar’s flagship product be scrapped for 2020.

The four local Super Rugby franchises as well as the Kings and Cheetahs, who operate in Europe’s PRO 14, are expected to participate. That tournament, according to a SA Rugby release last week, would take place between June and August and the latest developments are a setback.

Speaking to Sport24 on Saturday, SA Rugby president Mark Alexander confirmed that negotiations with government would continue in what was fast becoming a desperate effort to find a solution.

“Professional sport is being hard hit by this and it could cost us hundreds of millions of Rands,” Alexander said.

“We want to come up with a proposal that we present to government that has all the necessary controls in place.”

The tournament would happen behind closed doors while SA Rugby would also commit to facilitating the screening of the players and everyone involved in the product. Alexander added that medical professionals were involved in formulating the proposal.

“The difference between rugby and the other sports in South Africa is that our regional leagues are played internationally – in Europe and Australasia,” Alexander added.

“The PSL is near the end of their league and cricket has just completed its season, but we are just starting out. It will cost us hundreds of millions.

“As long as we can give content to our sponsors and broadcasters … it’s important that we get some relief.”

Sport24 also contacted the Premier Soccer League’s (PSL) senior manager Lux September, who said the league continued to work with government. The 2019/20 season was entering its final stretch before the national lockdown hit, with all 16 sides still needing to play between six and nine matches to complete the campaign.

September said that getting back on the park as soon as possible was the aim, but he would not go into the specifics surrounding the PSL’s current position or the financial burdens that have come with the lockdown.

How GM, others plan to reopen US plants during coronavirus pandemic

'Immunity passports' against coronavirus premature - WHO