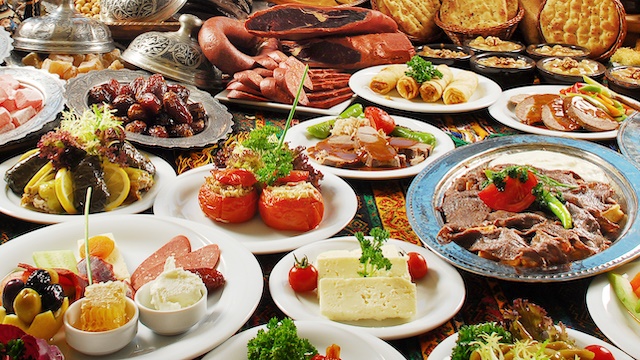 Business group Sakeliga has threatened legal action against the Department of Trade and Industry unless Minister Ebrahim Patel reverses his recently announced restriction on warm or cooked foods.

“We have been advised that there is no lawful restriction on the production of ‘warm’, ‘cooked’ or ‘prepared’ food as the minister and his department continues to insist,” Sakeliga CEO Piet le Roux said in a statement.

“Sakeliga will be taking the Minister of Trade, Industry and Competition to court unless he ceases and reverses his department’s unlawful, irrational, and harmful obstructions to food production.”

The group has given Patel until 09:00 on Monday to respond or they will take legal action.

Le Roux said their legal advice went against what the department and Patel had said.

“We have also been advised by senior counsel that there is no lawful basis on which the [Companies and Intellectual Property Commission] can certify whether products and services are essential or not.

“Officials keep issuing these arbitrary directives in press statements and tweets, but nothing of the sort has been promulgated. The DTI’s attempts to legislate by mere pronouncement are, irrespective of the merits of its instructions, a danger to the rule of law. Even in the face of our unusual circumstances, the principles of constitutionality and legality must be followed.”

He also said that every food item on a shop shelf was already prepared in some way. He added that it would be impossible to comply, and would decrease food supply and increase prices.

The Sakeliga group also said it had tried to discuss the issue with the ministry, but didn’t receive replies to its overtures, hence the threat of court action.

News24 is still awaiting comment from Woolworths on the issue after an unverified legal letter did the rounds on Twitter. It said Woolworths lawyers have labelled the DTI announcement illegal.

One of its points reads: “There is no other provision in the lockdown regulation which prohibits the sale of any category of food.

Legal letter in my local Woolies, advising that the enforcement authorities are acting unlawfully in seeking to stop the sale of cooked food from counters, and that they potentially face a “significant civil claim”. pic.twitter.com/28nh8bCmmL The popular brand said: “While this has not yet been formally promulgated in the regulations, and we are seeking clarity on the way forward, we have taken a decision to close all hot food counters with immediate effect to adhere to the communication by both the Minister for Economic Affairs and the Minister of Trade, Industry and Competition.

“We have been trading our hot food counters as both our interpretation of the regulations and that of our external legal counsel permitted this. However, it appears that the regulations will be further updated to expressly prohibit foods retailers from trading hot foods counters within their stores.”

DA Member of Parliament Dean Macpherson submitted a letter to Patel and the department, asking how the rationale for the legal advice was determined. He demanded answers by 17:00 on Sunday.

Macpherson said he believed it would be devastating for essential service workers who rely on take-away food, and the elderly who are not unable to cook their own food anymore.

In the case of shops selling cooked food, Geldenhuys said these counters could be interpreted as falling under the category of being a restaurant, which are not allowed to operate during the lockdown, “because they could be considered as gathering places”.

He said businesses in this situation were seeking legal advice on which to base their decisions to consider operating, “or whether to close completely”.

A sector of the cigarette manufacturing industry is also planning a court challenge over the right to sell cigarettes during the lockdown. A liquor consortium has decided to hold of on their own possible action pending further information from  President Cyril Ramaphosa.