Mahama hit back at Akufo Addo says he should spend a few time in his rented luxury Private Jet to read the NDC’s Manifesto for ideas. 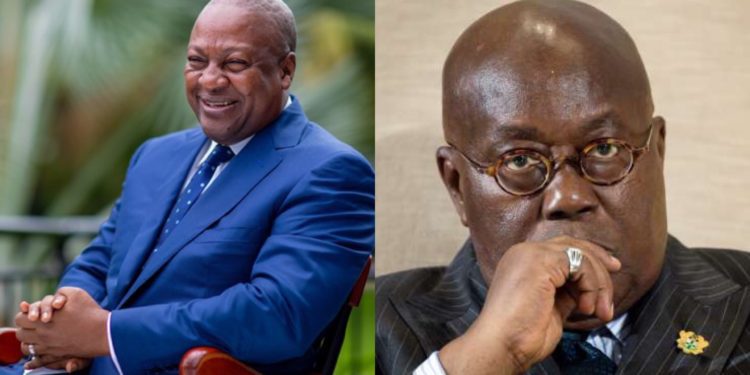 505
SHARES
2.8k
VIEWS
Share on FacebookShare on TwitterShare on WhatsApp

Former President John Mahama has responded to President Akufo Addo with a post on social media.

The former President who was the candidate of the opposition NDC in the 2020 elections was reacting directly to a speech by President Akufo Addo at the NPP annual delegate conference which took place in Kumasi.

In his speech, Mr Akufo Addo accused the NDC of being bereft of ideas and asked if Mahama can point one policy to counter that of the NPP on the last five years since he became President.

The President thus urged the Government and his party NPP to stay on course in breaking the 8 as they have since dubbed.

But in a precise direct response to President Akufo Addo, Mr Mahama said Akufo Addo has proven to be a good campaigner but worst when it comes to Implementing his lofty Promises.

He said in his post that if Akufo Addo wish, he will give him an autograph copy of the People’s manifesto so he come to terms with what the NDC would have provided for Ghanaians if they had won the 2020 elections.

He highlighted things like primary health care, the 10 billion dollars infrastructure push and the rapid job creation policies captured in the NDC 2020 manifesto.