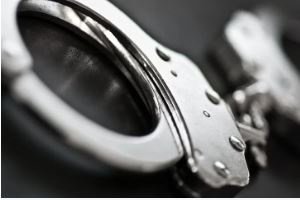 A 31-year-old Mpumalanga man has been remanded in custody after being caught with more than R600 000 worth of heroin and sealed boxes of alcohol.

Francisco Langa appeared in the Komatipoort Magistrate’s Court on Friday.

According to the Hawks, Langa, a truck driver from Mozambique, was arrested during a roadblock at Komatipoort border post on Thursday while on his way to Johannesburg.

“Upon the search of the truck, four packets laden with heroin and a number of sealed boxes of Gordon’s London Dry Gin and a box of Smirnoff 1818 to the value of R16 400 were found hidden inside the truck,” Captain Dineo Lucy Sekgotodi said in a statement on Sunday.

Langa was charged with drug dealing and contravening lockdown regulations.

He is expected back in court on Tuesday.

Jennifer Aniston Forgives Her Estranged Father, 86, For Walking Out On Her As A Child | News