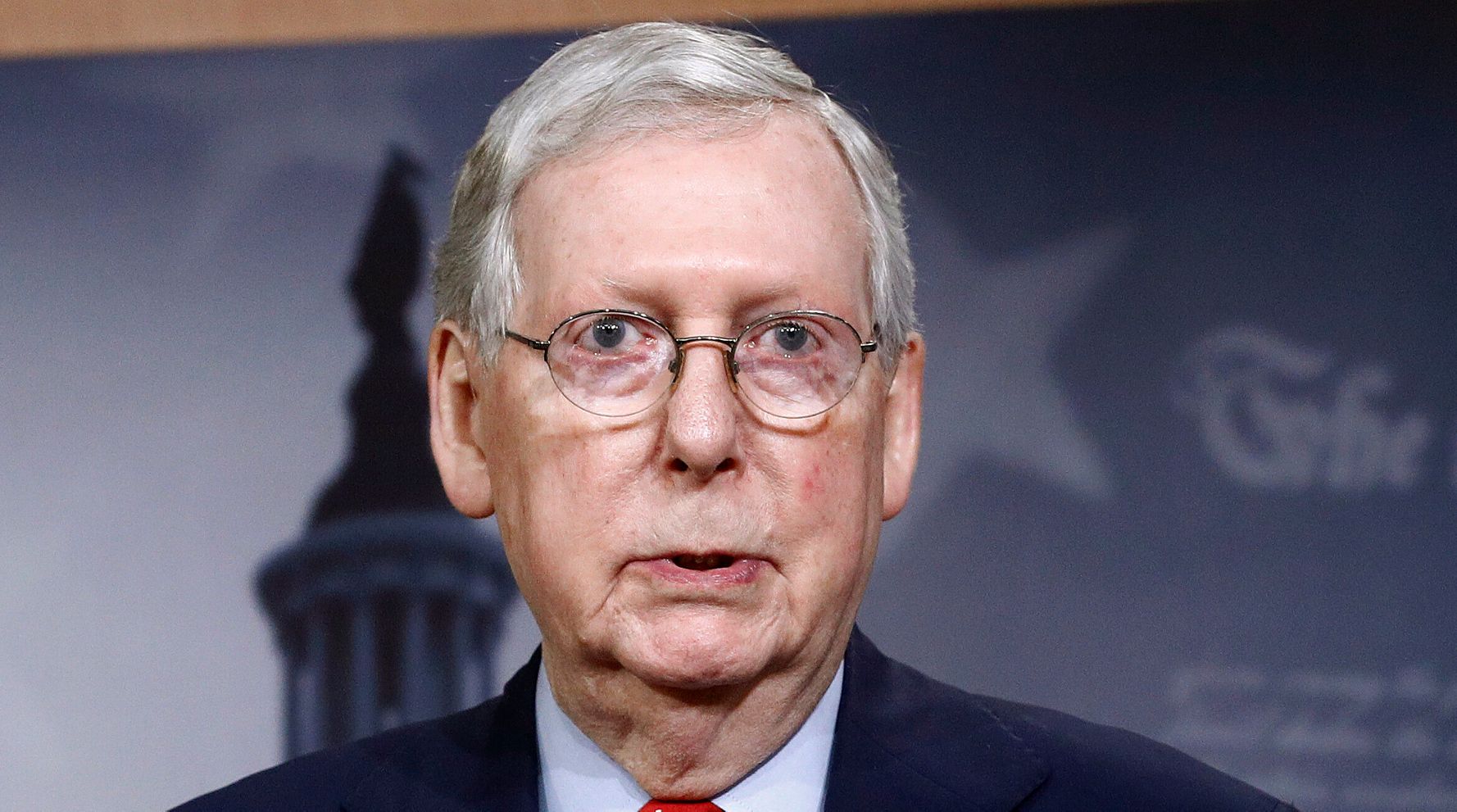 Senate Majority Leader Mitch McConnell (R-Ky.) said Tuesday the chamber won’t consider any more stimulus bills until lawmakers are back in the U.S. Capitol, even as the coronavirus pandemic continues to wreak havoc around the nation.

McConnell spoke to Politico just hours after the Senate passed a $484 billion relief bill meant to tackle the growing economic fallout from the coronavirus pandemic. The funding would help replenish a loan initiative for small businesses and fund hospitals as well as provide $25 billion for increased testing efforts. It follows up on a massive $2 trillion stimulus package that was enacted month.

The House is expected to pass the latest bill this week, and President Donald Trump has indicated he will sign it.

But McConnell said senators, who passed the measure with a voice vote because many were away from Washington due to stay-at-home directives, will need to return in the coming weeks. The Senate Republican leader indicated he was troubled by the rampant spending.

“We need to see how things are working, see what needs to be corrected, and I do think that the next time we pass a coronavirus rescue bill we need to have everyone here and everyone engaged,” McConnell told Politico, saying lawmakers needed to be “as cautious as we can” while “racking up … the national debt.”

McConnell said he still hopes the Senate will be back in session on May 4. He echoed some sentiments from Trump later in the interview, saying that, although the economy was in “free fall,” the only way to get it back to normal would be to reopen businesses across the country.

“The best way to get the economy back and running is to begin to open it up again, rather than passing immediately another bill where we have to borrow,” he said.

The economic fallout from the virus has already devastated entire segments of the U.S. economy. At least 22 million people have filed for unemployment benefits since the White House declared a national emergency. It is the worst period of joblessness in the country’s history.

But Trump has urged some parts of the U.S. to begin backing away from social distancing measures and stay-at-home orders, releasing a three-phase plan last week that governors could follow while asserting that testing capabilities are now adequate to help prevent new outbreaks.

Public health officials, however, have warned that reopening businesses too early could be catastrophic, and even a majority of Americans have said they’re worried the U.S. will try to return to normal too quickly.