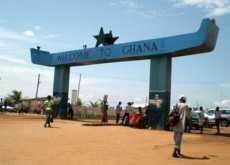 She said 24-hour surveillance activities ought to be strengthened particularly at Yaakrom, KofiBadukrom and Frimpongkrom, communities, as the government stepped up measures to help control the local transmission of the COVID-19 in the country.

The Regional Minister said the government had provided GHC50,000 to the District Assembly to fight the COVID-19 and the Assembly authorities were expected to do much particularly at the border towns.

Interacting with Assembly members, security services and key staff of the Dormaa West District Assembly at Nkrankwanta on Tuesday, Mrs Kumi-Richardson assured the government was doing all things possible to contain the spread of the disease.

But, she emphasised Ghanaian residents along the various border towns in the area had a high risk of contracting the disease and advised them to contribute their quota in ensuring new cases of COVID-19 were not imported into the country through those unapproved routes.

Mrs Kumi-Richardson told the Assembly to ensure the seven unapproved routes identified in the district were closed down and directed the security services to beef up security presence at those routes to check the influx of irregular migrants who could spread the disease in the local communities.

Mr Ali Maige, the Member of Parliament for Dormaa West advised the people to bury their political differences and forge ahead in unity towards the fight of the COVID-19.

He indicated the government directives on the CPVID-19 was in the supreme interest of the nation and advised Ghanaians to comply.

Mr Kennedy Ohene Agyei, the Dormaa West District Director of Health said 180 health officials and 25 community volunteers had been trained to help manage the spread of the disease in the area.

He said the directorate had set aside two cubicles as isolation centers at the district hospital at Nkrankwanta to manage suspected cases of the COVID-19.

Mrs Mary Ameyaa, the Dormaa West District Chief Executive, commended the security services and the district directorate of health for their support in helping to stem the spread of the COVID-19.

As governments fumbled their coronavirus response, these four got it right. Here’s how.