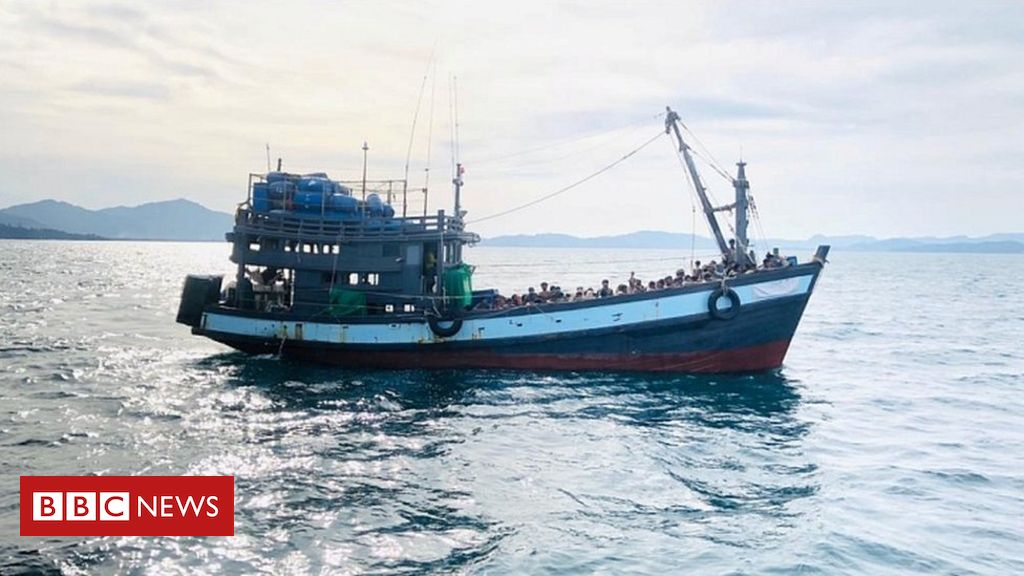 The coast guard of Bangladesh says it has rescued at least 382 starving Rohingya refugees who had been drifting at sea for nearly two months.

More than two dozen people died on the boat, which was trying to reach Malaysia, officials said.

Some reports said the boat had been turned back by Malaysia because of the coronavirus pandemic.

It is unclear whether the refugees had left from Bangladesh or from Myanmar, where they are originally from.

In 2017, a crackdown by the Myanmar military left thousands of Rohingya Muslims dead and drove more than 700,000 to flee to neighbouring Bangladesh.

“We have rescued at least 382 Rohingya from a big overcrowded fishing trawler and brought them to a beach near Teknaf,” coast guard spokesman Lt Shah Zia Rahman told AFP news agency.

“They were starving. They were floating for 58 days and over the last seven days [the boat] was moving in our territorial waters.”

Lt Rahman said authorities launched a three-day search for the boat after receiving a tip-off and found it at night off the south-east coast.

“We have cordoned off the place where they have landed. We could not question them because of the fear they could be infected with the coronavirus,” Lt Rahman said.

In a separate development, leading aid agencies called on the governments of Bangladesh and Myanmar to restore internet access for hundreds of thousands of Rohingya refugees.

The charities, which include Save the Children, Action Aid and the International Rescue Committee, say access is essential for obtaining life-saving information about the pandemic.

Rohingya Muslims are the largest community of Muslims in Myanmar, with the majority living in Rakhine state.

But Myanmar’s government denies them citizenship, seeing them as illegal immigrants from Bangladesh.

Over the decades, waves of Rohingya refugees have fled Myanmar for Bangladesh but their latest exodus began after the 2017 army crackdown.

Myanmar, a predominantly Buddhist state, has always insisted that its military campaign was waged to tackle an extremist threat in Rakhine state.