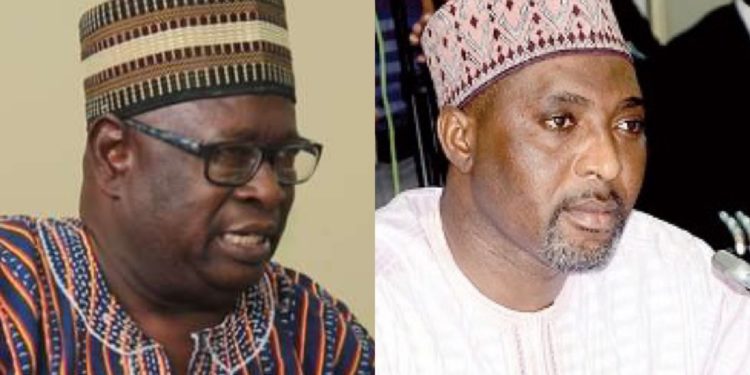 134
SHARES
744
VIEWS
Share on FacebookShare on TwitterShare on WhatsApp

Member of Parliament for Zebilla East, Cletus Avoka says the Minority Chief Whip, Muntaka Mubarak rushed into filing a motion calling for a reversal of the referral of three NPP MPs to the Privileges Committee for absenting themselves for over 15 sittings.

Mr. Avoka, speaking on Citi TV, indicated that Muntaka Mubarak’s decision to file a motion, without extensive engagement with the leadership of the Minority Caucus, was not appropriate.

He said extensive engagements would have provided the opportunity for legal considerations.

“I think Muntaka is rushing too much. I thought when the House adjourned, there should have been a caucus meeting to discuss the way forward on whether we should present a motion or not, to rescind the Speaker’s decision,” he said.

In the motion sighted by Citi News, Mr. Mubarak called on Parliament “to revoke, cancel or rescind the referral made by The Rt. Hon. Speaker on the 5th day of April 2022, to the committee on Privileges to consider the issue of absence without permission from the House under Article 97 (1) (c) of the constitution and Standing Orders 15 and 16 of Honourables Sarah Adwoa Safo, Henry Quartey and Kennedy Ohene Agyapong.”

Mr. Avoka wondered whether the motion would yield results, given that it was filed by an individual and not the Minority Caucus.

The three MPs who have been referred to the committee are Sarah Adwoa Safo, Henry Quartey, and Kennedy Agyapong.

Per Article 97(1)(c) of the 1992 Constitution, a Member of Parliament shall vacate his seat “if he is absent, without the permission in writing of the Speaker, and he is unable to offer a reasonable explanation to the Parliamentary Committee on Privileges from fifteen sittings of a meeting of Parliament during any period that Parliament has been summoned to meet and continues to meet.”