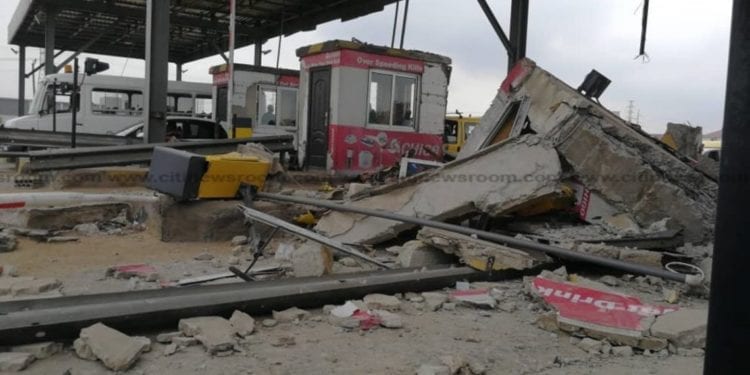 57
SHARES
315
VIEWS
Share on FacebookShare on TwitterShare on WhatsApp

The son of the Tema Motorway tollbooth cleaner who died after he was crushed by a tipper truck has opened up about the harsh conditions under which his hearing-impaired father worked before the incident.

John Koomson says the late father, [Isaac Koomson], had worked for close to four months but was never paid during the period.

The 24-year-old son of the deceased, who is a part-time worker at the Tema Technical Institute, while expressing regret over the passing of the father, told Citi News the father was owed some four months’ salary before he died.

“He has been going to work every day for about three to four months now, but has never been paid. I don’t know what is going on in this country that is making the hearing-impaired to be working under this condition”.

But Yiadom Boakye Amponsah, Chairman of Tolls and Routes Management Limited, the company that the deceased worked for while responding to claims by the deceased’s son, said it cannot be accurate that his late employee had some salary arrears to be cleared.

“We hired him through a cleaning company, and so if he hasn’t been paid; it hasn’t come to my notice”, he said.

Isaac Koomson, the 56-year-old cleaner with hearing and speech impairment, was left with serious injuries to his legs and hand after the truck rammed into one of the booths on the Accra-bound side of the highway on Monday morning [July 12, 2021].

He was confirmed dead at the Tema General Hospital shortly after admission.

Mr. Koomson was trapped in the debris, as it took bystanders’ intervention to pull him out.

He was left lying on the ground helplessly, with many onlookers at the scene, before he was taken to the Tema General Hospital.

John Koomson, who’s one of two sons of the late janitor, had earlier spoken about his father’s harrowing ordeal.

“This morning, I received a call that my father has been involved in an accident this morning. He is deaf and dumb, and can barely do anything. So I rushed to the hospital only to see that both legs have been smashed.”

John Koomson is son of the deceased
Two other victims, who were occupying a salon car that was hit by the tipper truck before it crashed into the tollbooth, have also been severely injured.

The driver of the truck, who was earlier arrested by the police, is also said to have sustained some injuries alongside one tollbooth attendant who reportedly had some minor cuts on the face.

Meanwhile, the Roads and Highways Minister, Kwasi Amoako-Attah, has visited the victims of the accident while assuring of the government’s commitment to take up the medical bills of the affected persons.

He further added that the government’s other concern is for investigations to be launched into the accident adding that, additional safety measures will be put in place to protect lives at the tollbooth based on its findings.