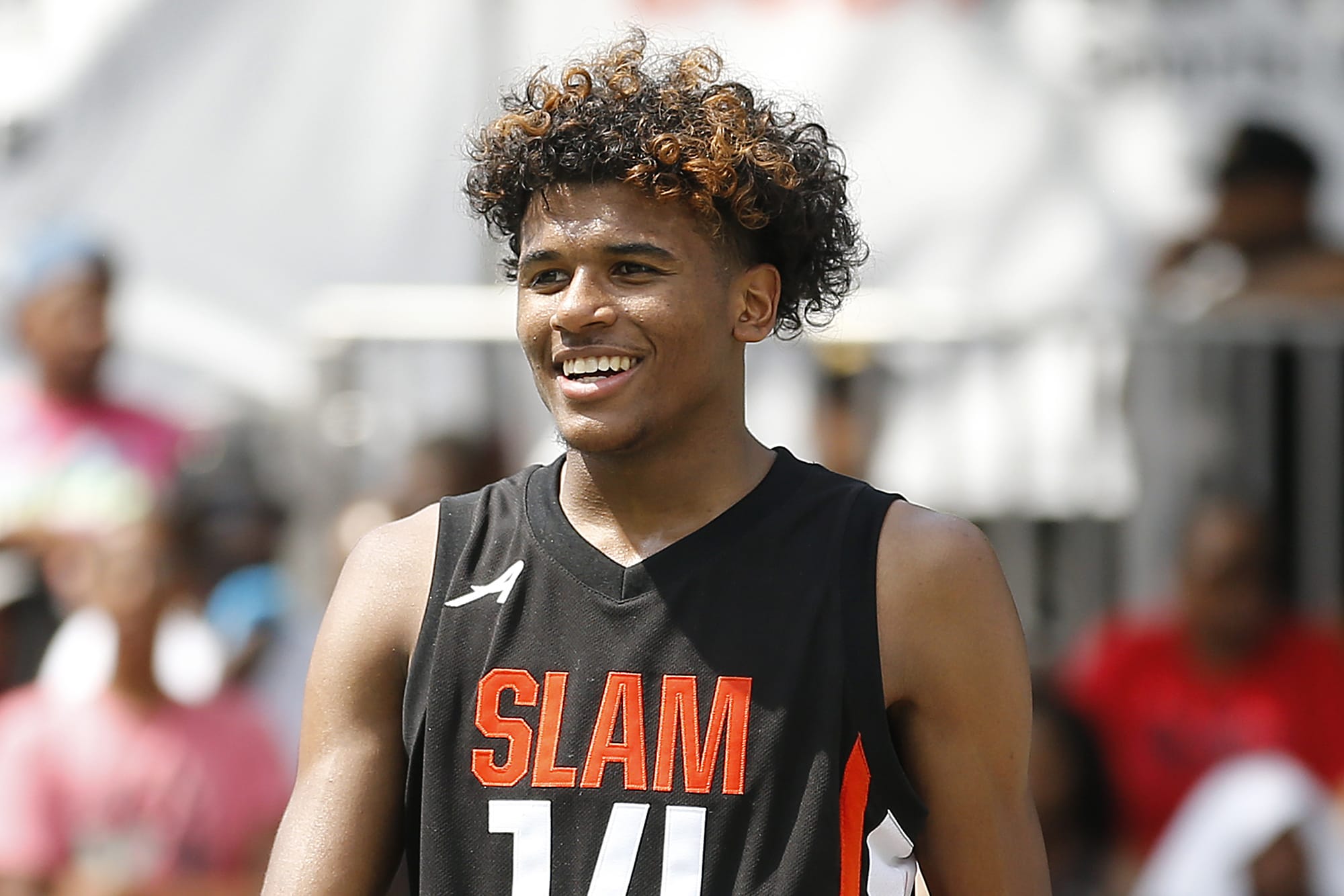 Jalen Green #14 of Team Zion in action against Team Jimma during the SLAM Summer Classic 2019 at Dyckman Park on August 18, 2019 in New York City.

As the world awaits the return of hoops on the court, the National Basketball Association announced a pair of transactions that is certain to change the landscape of its G League.

Top high school prospects Jalen Green and Isaiah Todd agreed to terms to play in the G League, the league said. In addition to a contract, players will also be provided a full scholarship to college.

Though various outlets reported Green, who is ranked by ESPN as the No. 1 basketball recruit in 2020, would receive a contract valued at $500,000, league sources told CNBC the deal is actually closer to roughly $700,000, and the total amount can be attained through bonuses. But Green is expected to net over $1 million when factoring in possible endorsement deals he’s eligible to sign.

Players who enter the G League “professional path program” — designed to allow elite high school prospects the chance to develop before going pro — also receive full scholarships to Arizona State University, which has a partnership with the NBA.

Shareef Abdur-Rahim, the president of the G League, told CNBC the new team would help monitor elite talent domestically, as the trend of seniors leaving high school and playing overseas continues to rise.

Abdur-Rahim, who also played 12 years in the NBA, said the program is another option for players who have no interest in going to college — not even for one year.

“If you talk to a lot of the top high school seniors, all of them had options to go somewhere abroad,” Abdur-Rahim said. “They were choosing between college or some international team. So, I think it addresses a need, an option for a young player that is looking for other opportunities,” Abdur-Rahim said.

“A year from now [Green] could be the No. 1 pick in the NBA draft,” Abdur-Rahim added. “I would think it’s of interest for him to work and develop and be a part of our NBA system in that year leading up to the draft.”

Green is represented by Aaron Goodwin of Goodwin Sports Management, one of the most prominent sports agencies, which has negotiated over $1 billion in deals. Goodwin is also the longtime agent of Abdur-Rahim and approached him about redefining the program that started in 2018 and usually offers contracts starting from $125,000.

“By doing this, the G-League is doing what it’s exactly designed to do when it was a developmental league,” Goodwin told CNBC. “If you look at it the right way and you make the NBA your partner, all you can do is gain.”

But where there is gain for the NBA, the program could be a slight blow to the National Collegiate Athletic Association.

By attracting elite prospects to the G League’s paid program, some agents expect the number of top high schoolers, even some not as talented as Green, to skip playing on the collegiate level overall, instead of using the one-and-done model before going pro.

Roger Montgomery, the president of sports agency Elite Athlete Group, told CNBC the G League’s program shouldn’t be viewed as a mission to take down the NCAA, but added the organization would need to adjust its offerings to players if it plans to keep attracting top talent.

It’s another layer added to the discussion around college players being paid for name, image and likeness, according to Montgomery.

“It says the time is here for the NCAA to take a look at how things have been done and how the world is today,” Montgomery said.

But there are risks associated with entering the program.

If top players don’t perform well in the G League or get injured, it could damage a player’s draft stock. Montgomery acknowledged the risks but added: “It’s a risk in going to college and getting hurt, in picking the wrong institution that doesn’t allow you to showcase your skills.”

“There are risks, but you want to be paid to take risks,” he said. “I think this opportunity outweighs the risks.”