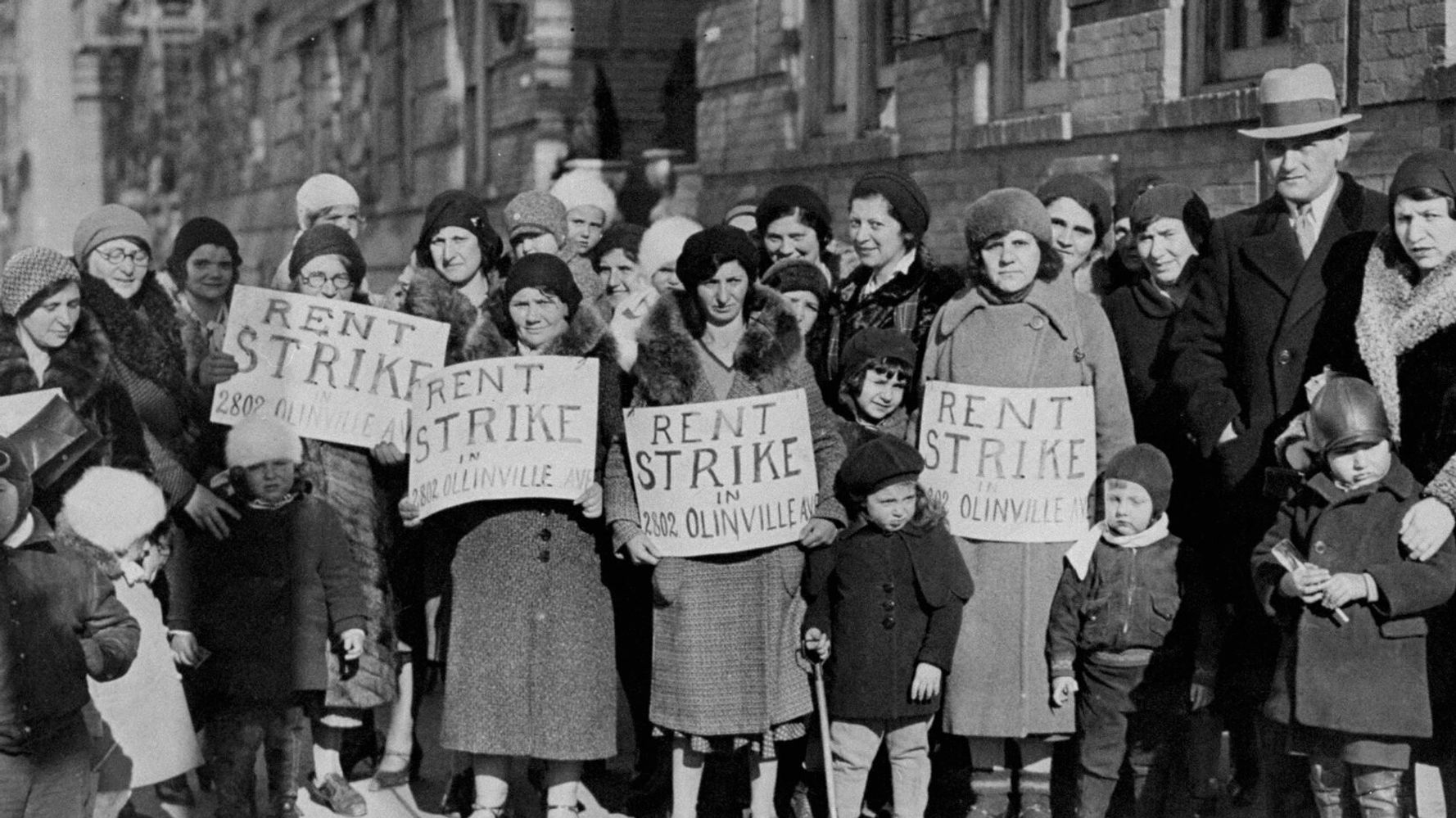 NEW YORK — Working-class New Yorkers are organizing a “massive wave” of rent strikes starting May 1, a coalition of tenant groups and housing advocates announced Thursday, the most aggressive step yet in pressuring a resistant Gov. Andrew Cuomo (D) to cancel rent for the duration of the coronavirus crisis as millions here find themselves without a job or a paycheck.

In a statement Thursday, groups including New York Communities for Change and Housing Justice for All announced plans to get one million New Yorkers to withhold rent starting next month.

“With so many New Yorkers unable to pay rent for the foreseeable future, the current crisis is unsustainable and demands action,” the groups said in a statement. “Many tenants have no ability to pay rent, and landlords can’t collect rent from tenants who are broke.”

Although Cuomo has already frozen evictions for the next three months, the housing advocates say that measure is woefully inadequate, and will only result in a surge of evictions once the pandemic ends and tenants will suddenly owe months of back rent. The governor has also so far declined to support a bipartisan bill in Albany that would cancel rent payments and offer some relief to landlords.

The rent strike organizers are making three demands of the governor, according to an online pledge launched Thursday.

The rent strike, they say, will continue until Cuomo cancels rent across the state for four months, or for however long the pandemic lasts; freezes rent prices; and houses the 92,000 homeless people across the state, for whom stay-at-home orders are “cruel and meaningless.”

“The COVID-19 crisis is making clear what many tenants have known for a long time: we are all just one life event — the loss of a job, a medical emergency — away from losing our homes,” the pledge states. “Today, millions of New Yorkers are out of work. That means millions of us will be unable to pay the rent on May 1st. So if we can’t pay, let’s not pay, together!”

News of the strike comes amid dire predictions for the economy in New York, which has emerged as the epicenter of the pandemic sweeping the globe. Over 1 million people in the state have already applied for unemployment benefits.

And a recent study from the New School estimates the coronavirus crisis will mean the loss of 1.2 million jobs in New York City alone. The study predicted the unemployment rate reaching 30% in the city.

For 77% of renters across the U.S., the federal stimulus checks that went out this week will only cover a month of housing costs. Moreover, undocumented immigrants, who make up a large part of New York City’s population, aren’t eligible for those checks.

“People that that are undocumented in my neighborhood, they’re not waiting for a stimulus check,” New York City activist Lena Melendez said in a virtual press conference Thursday. “They’re not gonna get unemployment, they’re not going to get a social security check, they don’t know they can’t apply for welfare, they’re not getting anything, and they can’t work, because there’s nobody outside to buy their goods or services.”

“Those people are in peril,” she said.

Melendez and her fellow rent strike activists hope to organize tenants living under rich landlords across the city and the state, primarily landlords with large portfolios of dozens of buildings or more, and especially those with ties to Cuomo, who has received millions of dollars in campaign donations from the real estate industry.

According to the activists’ statement Thursday, participants in the rent strikes will include those financially unable to pay rent May 1, “and those who have organized entire apartment buildings to withhold rent, including tenants who will refuse rent payments as an act of solidarity.”